Home 2 Marijuana Stocks To Watch If Biden Wins The Election

2 Marijuana Stocks To Watch If Biden Wins The Election

Would a Biden Presidency Give These Marijuana Stocks a Boost?

If you invest in marijuana stocks, you know that a Biden/Harris Presidency would be good news for the cannabis industry. During the Vice Presidential debate, Sen. Harris stated that on day one, her administration would decriminalize marijuana. The morning after, marijuana stocks shot up in value quite dramatically. This value increase included pot stocks like Canopy Growth Corp. (CGC Stock Report), Curaleaf Holdings Inc. (CURLF Stock Report), and Cresco Labs Inc. (CRLBF Stock Report). While the outcome of the presidential election will not be known until election day, we can predict what could happen to the cannabis industry if Biden is elected.

While retail marijuana stocks would be positively affected, we may also see upward momentum with ancillary pot stocks and pharmaceutical pot stocks. This is because they have a correlation with the greater cannabis industry. In addition, these companies have a major amount of growth left in the works. But, this growth has been greatly slowed by the lack of proper legislation for the cannabis industry. With a new potential president on the way, the cannabis industry could become a lot more valuable in the following years. All things considered, here are two marijuana stocks to watch if Biden wins the election.

Constellation Brands Inc. (STZ Stock Report) is one of the most popular ancillary marijuana stocks in the industry. While STZ stock is not a cannabis stock by the traditional definition, the company is a part of the cannabis industry due to its investment in Canopy Growth Corp. If you don’t know Constellation Brands, you probably do know the products that it manufactures. This includes top selling alcohol brands such as Svedka, Modelo, Corona, and more. A few years ago, the company took a 38% stake in Canopy Growth Corp. with the hopes of producing cannabis-infused beverages. While the pair have yet to mass produce these beverages, the goal still remains. 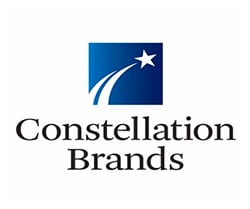 In the past few years, we have seen a surge in the amount of popularity for cannabis infused drinks, and that popularity doesn’t seem to be going anywhere. If Biden wins the election and decriminalization of cannabis follows, it could be big news for STZ stock. As of November 2nd, shares of STZ stock are up by as much as 6% during intraday trading. This is quite a lot, and shows that investors do have hopes for the company’s future. In the past six months, shares of STZ stock are only up by around 7%. But, if Biden is able to take the presidency, STZ stock could remain a pot stock to watch in the long term.

GW Pharmaceutical Inc. (GWPH Stock Report) is one of the leading cannabis related biotech firms. The company has worked to make its drug, Sativex, extremely popular amongst those who need it. Earlier in 2020, the DEA in the U.S. descheduled Epdiolex. This helped to bring in a greater amount of consumers and critical appeal. For those who don’t know, Epidiolex is used to treat rare seizure disorders in those who need it. Financially, GWPH stock has continued to show that it has a solid potential future. The company currently accounts for 6.4% of the ETFMG Alternative Harvest ETF (MJ Stock Report), making it the largest holding in the fund. GWPH stock has remained very popular amongst marijuana stock investors.

This is because the company tends to rise alongside the cannabis industry, but it is not as volatile as more pure play pot stocks. In addition, GW Pharmaceuticals has stated that it is working on getting its products approved in many countries around the world. If it is able to gain approval, there’s no telling how great the demand could be. With this sentiment in mind, investors should continue to watch GWPH stock for top performance if Biden wins.

How Will a Biden Presidency Affect These Marijuana Stocks?

While neither of these marijuana stocks are pure play, they both have a big role in the cannabis industry. Because of this, it looks like they could see some upward momentum if Biden is able to gain the presidency. Of course, it is anyones guess as to what will happen on election day. But, we do know that Biden and his running mate have continued to support the legalization or decriminalization of cannabis.

Because of this, the pair could show more positive momentum for the cannabis industry than any president in the history of the U.S. With the vast majority of the public in the U.S. supporting cannabis as well, the next few years could be quite interesting for marijuana stocks. With that in mind, the hopes are that we can see some big gains with the aforementioned marijuana stocks to watch.

Hidden away deep in the 1,603-page federal spending measure is a…

While everyone is busy talking about medical marijuana, cultivation, dispensaries, cannabinoids, and…