The Effects of the U.S. Election Will be Felt in the Cannabis Industry for Decades

We all know how big of a deal the upcoming U.S. election is for marijuana stocks and the cannabis industry. While incumbent Donald Trump, has done little to push cannabis backed legislation through, Vice President Biden could do the opposite. Biden and Harris have similarly stated that the two are in favor of decriminalizing marijuana on day one. This would be one of the biggest updates for the cannabis industry since its inception.

The biggest pot stocks that stand to benefit are U.S. MSOs. This includes Green Thumb Industries Inc. (GTBIF Stock Report), Trulieve Cannabis Corp. (TCNNF Stock Report), Harvest Health & Recreation Inc. (HRVSF Stock Report) and Planet 13 Holdings Inc. (PLNHF Stock Report). These companies are the frontline of the cannabis industry in the U.S. And if marijuana is decriminalized, there’s no doubt that they would be in a more advantageous position for growth.

In addition, companies like OrganiGram Holdings Inc. (OGI Stock Report) could benefit from easier access to the U.S. cannabis industry. Of course it’s too early to say what will happen. And if the 2016 election is any market of what could happen, we truly cannot predict what will go down on November 3rd. But, no matter what happens this election will be a big deal for the cannabis industry. With that in mind, let’s take a look at how it could fuel marijuana stock and cannabis industry growth.

On November 3rd, Arizona, South Dakota, Montana, New Jersey, Mississippi, and Arizona will all be voting on cannabis-based legislation. Although some states are doing so for the first time, others could become full rec cannabis states. Historically, we have seen the majority of states with marijuana on the ballot, legalize it with overwhelming majorities. With 33 states and Washington D.C. having some form of cannabis legalization, adding five more to that would be a big deal. 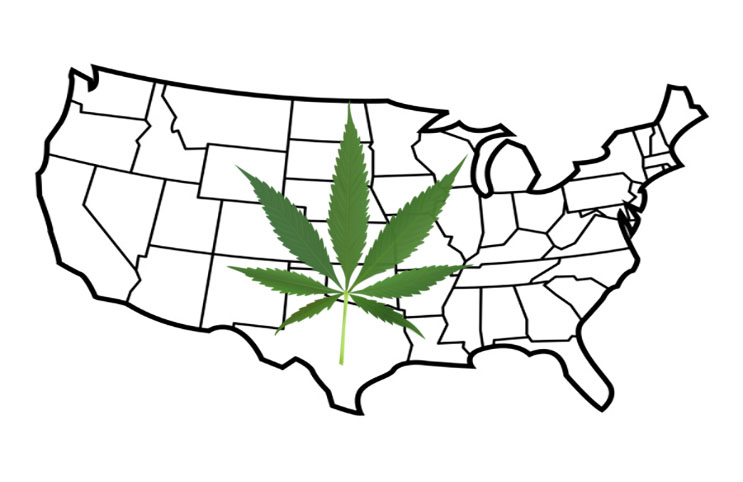 This would give retail pot stocks a much broader amount of growth room in the U.S. A cannabis industry executive recently stated that legislation is “laying out a domino effect…that’s going to unlock the largest area of population behind the West Coast.” This area in question is New England, which could be one of the biggest areas for cannabis consumption in the country. With all of this in mind, the election truly is a big deal for the cannabis industry.

The Presidential Elections Are Equally Important to Cannabis Industry Success

As stated before, we have yet to see President Trump impart any major changes to the cannabis industry. With Covid and a stimulus package in turmoil, we can assume that this is the least of anyone’s worries right now. But, there’s no doubting the importance of decriminalizing or legalizing cannabis. In the past several decades, there have been thousands of individuals that have been incarcerated for marijuana-related offenses. The majority of these are non-violent as well. Potential Vice President Kamala Harris, has stated that she wants to work to release these individuals who have been wrongly imprisoned. This would come alongside the decriminalization of cannabis.

Additionally, the Republican majority senate has made sure that no democrat fueled cannabis bills go into place in the past four years. Despite the public showing massive support for cannabis reform, we have yet to see any real effort from Republicans on getting it done. Despite Washington D.C. being a full rec state, legislators have yet to overturn any age old laws. Steve Hawkins, the executive director of the Marijuana Policy Project stated that “change doesn’t come from Washington, but to Washington. States are sending a clear message to the federal government that their constituencies want to see cannabis legalization.” With so much support for the legalization of cannabis, the hopes are that we can watch the industry grow in the near future.

What Can We Expect for the Future of Marijuana Stocks?

Regardless of what happens on November 3rd, the importance of marijuana reform is well documented. The public in the U.S. have continued to voice their support for legalizing marijuana. This has resulted in the 33 states that have legal cannabis in one way or another. On November 3rd, there could be a lot of big changes for cannabis stock investors to look forward to. Despite this, many believe that change is coming either in the short or the long term. While we can’t predict what will happen come November, we do know that there are more people voting than in many decades prior. With this in mind, the best way to voice ones opinion about the cannabis industry is to vote.

Are These Cannabis Stocks Cheap Enough For Investors?