Ahead of the release of its Q1 2020 earnings results, there was significant anticipation. The company released its earnings results with its YoY gross profit jumping 58% to around $53.7 million. Although this was the highest in the sector its revenue dropped from $94.6 million in the previous quarter to $75.3 million. Also, year-over-year net income dropped significantly from $104.2 million to around $10.4 million.

The worst news was the company’s announcement that it was planning to stop the construction of the Aurora Nordic 2 facility in Denmark. The company plans to halt construction as a way of saving around $80 million.

This year has been challenging for the company as it has been struggling with cash issues. Therefore, this move shows that Aurora Cannabis is already feeling the pinch. But, at the same time, Aurora isn’t sitting idle. As much as this could hurt in the short-term, capital preservation could play a big role in the future. That may not make it one of the marijuana stocks to buy but it could give reason to add it to a pot stocks watch list.

Are Marijuana Stocks A Buy Now?

Aurora CEO Terry Booth has been very critical regarding how regulators have handled cannabis legalization. For instance, Ontario has been facing challenges of retail outlets because of constrictive policy regarding the licensing of retail stores. Booth warns that there might be carnage in the sector over the next year if producers don’t reduce the cost of production. This is because the cannabis market in Canada has become oversupplied. 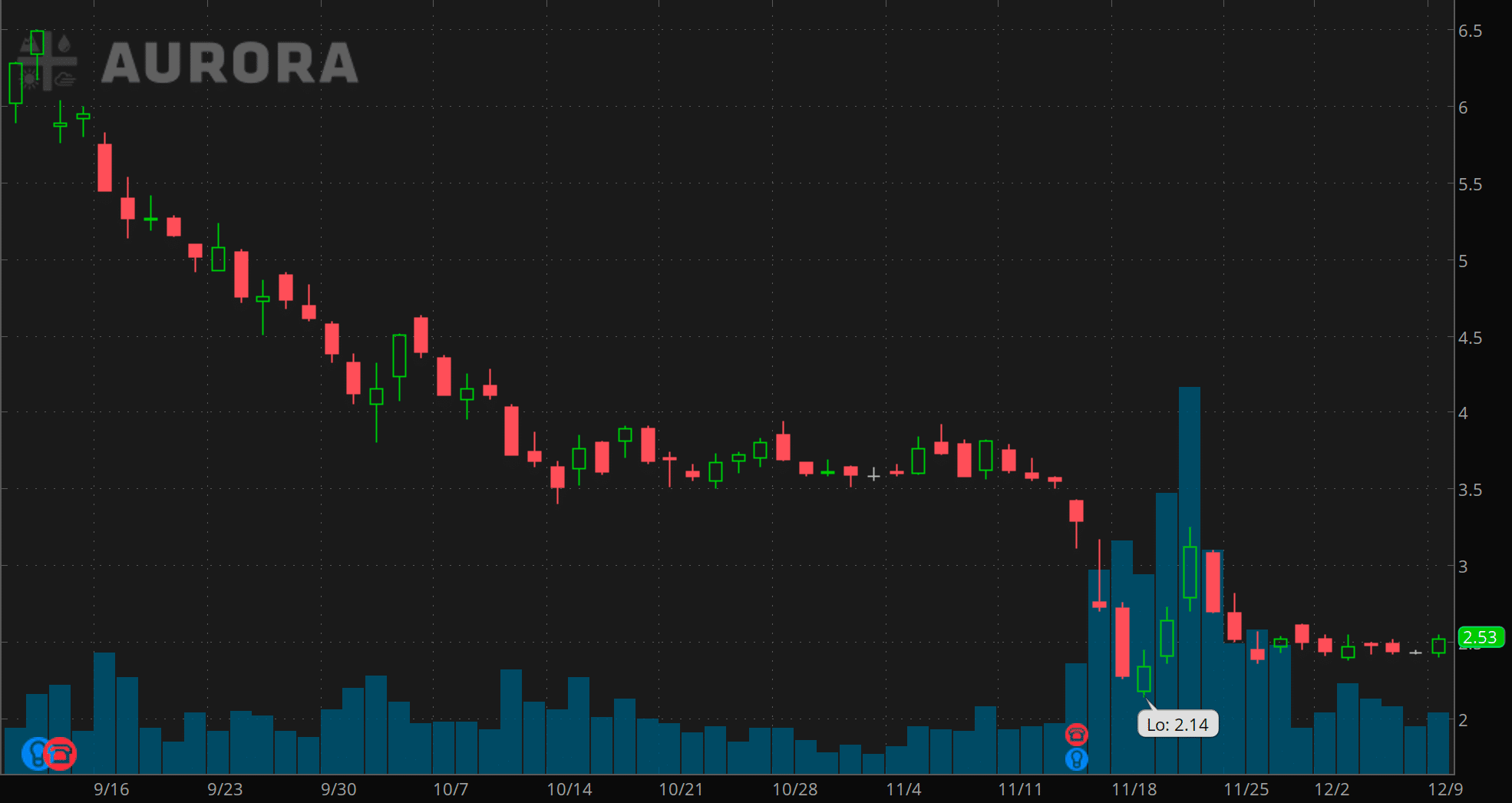 Aurora has turned itself to a low-cost per gram producer. In the event of this, the company could be prepared for any potential price potential per gram decline. Equally the company’s product has been receiving positive reviews from consumers. In the quarter Aurora managed to improve its cost per gram. Needless to say, there are several highlights

Therefore all is not doom for this cannabis stock considering it produced leading gross margins in Q1 2020. Also, the decriminalization of marijuana in the US is good news for the company that is eyeing the US market.