Home Minnesota Cannabis Bill Has Been Approved By The House

Minnesota Cannabis Bill Has Been Approved By The House

Minnesota’s Cannabis Bill Is Now Off To The Senate Floor

Earlier this week a debate was sparked on Thursday night. During this time things began to become a bit intense but at the end of it, the Minnesota House of Representatives approved a bill to legalize marijuana.

The bill had to make its way past 12 committees ever since its initial introduction back in February. From this, the bill passed with a victorious outcome of a 72–61 vote. As well this bill also found support from Republicans. As of now, this bill will now make its way to the Senate for a final vote where the GOP majority has vowed to derail it.

This bill has been sponsored by House Majority Leader Ryan Winkler Speaker Melissa Hortman and other legislators. This cannabis bill would permit adults 21 and older to purchase and possess up to 1.5 ounces of cannabis. As well you can grow up to eight plants. From this four of the plants could be mature.

“House File 600 legalizes cannabis for adult use in Minnesota, expunging records related to past cannabis convictions,” he continued. “It creates a legal marketplace focused on allowing more opportunity for small- and medium-sized businesses in Minnesota and creates a pathway for social equity applicants to be part of a growing industry.”

The governor backs cannabis legalization. Yet the bill is still anticipated to meet a big hurdle in the Republican-controlled Senate. Some lawmakers have pointed out that they’re more responsive in improving the state’s existing medical cannabis program. Versus having a more broadly ending prohibition.

The Next Phase For Cannabis Legalization In Minnesota

“I think we are having an effect on them, and they feel the pressure to find a way to act because they know that they are losing this and the public will eventually win and get this,” Winkler stated.

Part of gaining backing from Republicans called for approving friendly revisions. For instance, using some of the revenue made from cannabis toward tax relief.
Winkler spoke as the House consideration of the bill got underway. He said that Democrats plan to accept “amended forms or final versions of most of the amendments that have been offered by the Republican side.” 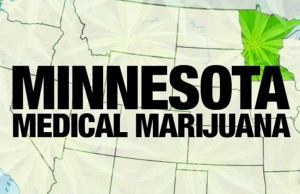 “We think that further conversation on some of these issues is required,” he said, “but I will say that your engagement, your improvements to the bill are something that I’m committed to, and we will continue to make improvements to this bill as it moves through the process.”

The chamber eventually adopted many GOP-led revisions. However, in some cases, lawmakers made further modifications to those revisions.

A particular amendment made by Rep. Keith Franke allocates 5 percent of all revenue from legal cannabis for substance abuse treatment. Next, Rep. Tony Jurgens wants to send $1 million over two years to the Minnesota State Patrol. This would be done to pay for coaching for drug recognition evaluation preparation.

[Read More] Should These Top Marijuana Stocks Be On Your Watchlist In May?

Winkler advised other Democrats to back each amendment. As well as a third additional amendment from Rep. Jeremy Munson. This amendment would defend those who own guns who use medical and recreational marijuana. People would be allowed to abstain from reporting their cannabis use on state firearms-related paperwork. 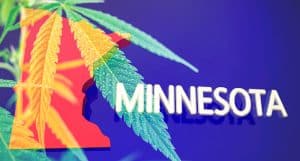 Legislators also passed another revision from Munson. This amendment would shield personal data from the state-legal cannabis system. Especially from being shared with federal officials unless required by a court order.

The House also approved a revision from Jurgens to establish a pilot program. This new program would test those who drive for cannabis impairment. This would be done by using an experimental roadside saliva test. Legislators, however, first replaced that amendment to prevent law enforcement from arresting people based on the test result.

Are Ancillary Cannabis Stocks A Buy IN May?

These Penny Pot Stocks Held Some Gains In September