A Bill To Federally Legalize Marijuana Gets Filed By Republicans

A couple of U.S. Republican legislators have proposed a bill to federally legalize marijuana. As well as shield financial institutions that work with state-legal cannabis businesses. In addition to ensuring that military veterans are specifically authorized to use cannabis. military vets would be allowed to use marijuana as long as it follows state laws. Reps. David Joyce (R-OH) and Don Young (R-AK). are the 2 Republican figures that are sponsoring this proposal for federal cannabis reform. The name of this new bill is The Common Sense Cannabis Reform for Veterans, Small Businesses, and Medical Professionals Act.

The main point of this reform bill is to reschedule cannabis on the federal level. This bill is comparable to prior bipartisan proposals. Yet this particular bill goes a bit beyond with language on legal protections and mandates for federal research with medical marijuana. However, this new reform proposal does not have language about social justice provisions. Which would help to restore the past harms of the war on drugs.

“With more than 40 states taking action on this issue, it’s past time for Congress to recognize that continued cannabis prohibition is neither tenable nor the will of the American electorate,” Joyce, co-chair of the Congressional Cannabis Caucus (CCC), said in a press release.

If this bill is passed essentially it would lift, marijuana from the Controlled Substances Act. This would allow for all states to enact legalization. As well Cannabis would be allowed to be imported and exported across states. Although moving marijuana to states where such activity is illegal would still result in a federal crime.

The Next Phase For Republicans Who Want To Legalize Marijuana

“For too long, the federal government’s outdated cannabis policies have stood in the way of both individual liberty and a state’s 10th Amendment rights,” Young, also co-chair of the CCC, said. “It is long past time that these archaic laws are updated for the 21st Century.”

Another requirement of this bill specifies that banks that work with state-legal marijuana businesses cannot be penalized by federal regulators. Which is close to a standalone bill that passed by the House back in April.

Furthermore, the bill says that military veterans can use, possess and transport medical cannabis. Wich can be done as long as it’s in the bounds of state law. It’s not clear why that would be required if marijuana is federally rescheduled. Yet it’s an added cover of protection for those who use cannabis. It’s also consistent with other recent standalone bills that have been proposed this Congress. 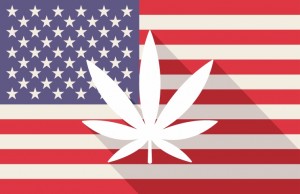 It also states that doctors can speak on the use of medical marijuana with veterans if legal states. Also, they can “recommend, complete forms for, or register veterans for participating in a treatment program involving medical marijuana.”

“This bill takes significant steps to modernize our laws by removing cannabis from the Controlled Substances Act and allowing the VA to prescribe medical cannabis to veterans, in addition to finally permitting state-legal cannabis businesses to utilize traditional financial services,” Young said. “I call on my colleagues on both sides of the aisle to stand with us in this crucial effort.”

Ultimately, the bill will need the National Institutes of Health (NIH) to “conduct or support a study on the effects of medical marijuana on individuals in pain or who are impaired”. As well as issuing a report on its findings within 180 of the study’s completion. NIH would also have to analyze “the relationship between treatment programs involving medical marijuana that are approved by states, the access of individuals to such programs, and a reduction in opioid abuse.”

David Joyce stated that his proposal “answers the American people’s call for change and addresses our states’ need for clarity by creating an effective federal regulatory framework for cannabis that will help veterans, support small businesses and their workers, allow for critical research and tackle the opioid crisis, all while respecting the rights of States to make their own decisions regarding cannabis policies that are best for their constituents.” 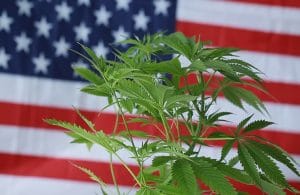 “I look forward to working with my colleagues on both sides of the aisle to get this bill signed into law so that we can enact sensible and meaningful cannabis reform that will improve lives and livelihoods,” he said.

Now the main objective for all cannabis reform advocates is to end cannabis prohibition. However, this reform bill may face a bit of pushback for not promoting provisions that deal with social equity. As well as reinvesting in communities most impacted by cannabis criminalization. In the United States, there is a big push for better cannabis legislation. This would allow for better bridges to be built between U.S. and abroad marijuana companies. If this new federal reform bill gets passed overall it will offer more opportunity. As well as bring more value to the  U.S. cannabis industry.