Home 2 Pot Stocks Look To Take Over The Recreational Market

2 Pot Stocks Look To Take Over The Recreational Market

The U.S. recreational cannabis market is undoubtedly booming. Although there are some definite shortcomings within this side of the industry, the future potential is quite tangible. Recreational cannabis has several key factors that are going on it in the near future. For one, it seems as though a large number of companies in the U.S. have been banking on the idea of cannabis becoming recreationally legal nationwide in the not too distant future. This means that there could be an even greater influx of capital than there currently is in the cannabis industry.

One of the main issues with this side of the market is that there is still quite a large amount of focus on the black market. This means that many consumers are choosing to go the illegal route when looking to purchase their cannabis. The main reason behind this stems from the high taxes which can hit as much as 40% above cost in some areas. But, these two key retail pot stocks are working to change that around. With business models constantly shifting to fit the needs of the industry, recreational cannabis looks like it could continue to be the future.

This Pot Stock Wants To Take Over The Florida Cannabis Market

Trulieve Cannabis TCNNF Stock Report) (TRUL ) is one of the leading retailers of cannabis currently working out of Florida. The company has as much as 50% in market share in the state which shows just how much future potential it has moving forward. With its most recent dispensary location opening only a week or so ago, the company has around 43 retail locations throughout the state. The company states that its estimated revenue for the 2020 year is around $400 million. With this, it has also put a valuation out of $1.2 billion.

These numbers seem incredibly promising, but it is up to us to see if Trulieve Cannabis can pull through. For now, the company does continue to show some promise for moving further into the Florida market. The real question becomes whether or not Trulieve can make the move into other statewide markets as successfully as it has in its home state of Florida. Only time will tell, but for now, the company remains a pot stock to watch.

iAnthus Capital (ITHUF Stock Report) (IAN)is another dispensary operator working out of the U.S. cannabis market. The company has as many as 30 dispensaries around the nation with twelve of those being in Florida. One of the key things to note about iAnthus is that it has spread its network around the U.S. in a way that offers diversification to its investors. Currently, iAnthus has a market cap of around $400 million which is quite substantial. 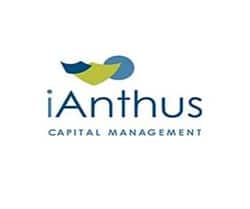 With revenue at around $22 million for its second quarter, the company continues to look like an attractive pot stock to watch. But with fears of national legislation not meeting the time demands of the market, the company could have an interesting future ahead.