Home Top US Marijuana Penny Stocks Under $1? 3 To Watch The End Of January

Top US Marijuana Penny Stocks Under $1? 3 To Watch The End Of January

Best Cannabis Stocks To Watch Next Week In January

Are you searching for new marijuana stocks and cannabis industry investing opportunities? A number of well-known cannabis companies have been declining for the past two years, reaching new lows around the end of 2022. This is mostly due to the Senate’s repeated failures to pass federal cannabis reform. Despite the disappointment of long-term cannabis investors who had anticipated swift cannabis regulation, this offers a significant opportunity for new investors.

One way cannabis investors can benefit from the current downturn in the cannabis sector is by trading cannabis penny stocks. Any stock that trades for less than $5 is referred to as a penny stock for the convenience of those who are uncertain. These marijuana companies, known for their high market volatility, might yield large gains for short-term investors.

Along with their long-term investments in the cannabis industry, some long-term investors also engage in short-term trading strategies. They, therefore, stand to gain from daily stock price fluctuations. In order to benefit from the present market trend, investors may be able to capitalize on the sector’s decline. Below is a list of the three marijuana stocks under $1 to watch this week in January 2023.

[Read More] Top US Marijuana Stocks For Next Week

Planet 13’s 112,000-square-foot Superstore dispensary is well-known on the Las Vegas Strip. When Planet 13 builds a sizable store in Orange County in 2021, it will create the largest marijuana shop in the state. Two of the largest superstore dispensaries in the cosmos are on planet 13. The Medezin facility offers a retail dispensary and a condensed version of the company’s main website. Vertical integration successfully allowed the company to buy California’s Next Green Wave in March.

After much anticipation, Planet 13 announced in December that it had been given permission to add a consumption lounge to the storied Las Vegas SuperStore experience. The fourth facility of the company’s envisioned network of Florida dispensaries, situated in Port Orange on the “Fun Coast,” was announced on January 19th. Port Orange is a part of the metropolitan area of Deltona, Daytona Beach, and Ormond Beach, a well-liked vacation spot with a population of over 600,000.

Words From The Co-CEO

“We are moving along at a steady pace in bringing our vision to fruition in Florida. We are balancing the competing priorities of opening as soon as possible with the need to do it in a cost-effective manner that reduces cash outlay and creates a long-term competitive position. We are eager to start serving the patients of Port Orange and showing why the Planet 13 name and products command such a strong reputation.” 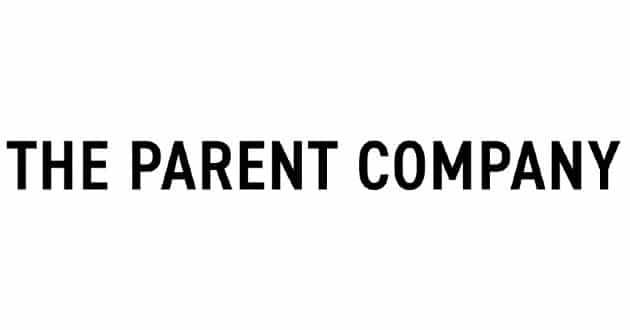 The Florida-based cannabis business Cansortium Inc. is committed to producing premium cannabis. Currently, the company has offices in Texas, Michigan, and Pennsylvania. Last year, Cansortium is expanding into Florida and Pennsylvania with a $90 million loan and equity arrangement. According to the company, a dispensary is currently open in Fruitland Park, Florida. With 27 locations, Cansortium is one of Florida’s biggest dispensary networks. Fluent offers a selection of high-end consumables, full-spectrum extracts, cartridges, and lotions under the Fluent brand.

In its third quarter 2022 financial results, Cansortium announced a 42% year-over-year increase in revenue to $22.1 million. Additionally, with $5.4 million in cash from operations, Q3 Adjusted EBITDA hit a new high of $11.7 million, up 15% QoQ and more than 2x YoY. Florida saw a 39% rise in revenue, from $13.1 million to $18.2 million. The business intends to start up one additional plant in Florida by the end of 2022 and three more by the beginning of 2023.

Cansortium disclosed on January 6 that the Company has issued certain of its directors a total of 1,354,167 common shares in exchange for the cancellation of US$162,500 in outstanding director fees. The price at which the Debt Shares are being issued is equivalent to $0.12, in accordance with CSE regulations, the closing market price of the Company’s common shares listed on the CSE on December 30, 2022.

Top US Penny Pot Stocks To Watch End of January

Examining their financials and press releases may make it easier to identify the best cannabis companies on the market. To take advantage of the current market volatility, many seasoned investors actively trade short-term positions in the leading cannabis businesses. Prior to opening a position, use chart patterns and technical indicators to determine the optimum entry points and take-profit zones. By proactively looking for favorable opportunities, you can increase your ability to close profitable trades. Due to the considerable volatility of the most well-known US marijuana stocks, these could be some of the top pot penny stocks to watch in 2023.

Best US Pot Stocks To Watch Next Week

Are Ancilary Pot Stocks On Your Watchlist For 2023?

Greenlane Strengthens Focus on Innovation, Family of Brands and Partnerships for…