With how fast the cannabis industry has grown over the last decade it’s remarkable to see that more markets are being established. The global cannabis market is thriving overall but the bigger focus is on the U.S. cannabis industry. Currently, the U.S. has over 30 states that have legalized cannabis in some form. With the growing popularity of cannabis use, there has been an increase in the demand for more marijuana in the United States. This demand has influenced other states that are not legal to join the industry.

In just one year the U.S. cannabis industry generated a record $17.5 billion which goes to show how strong the market can be. As far as the publicly traded side when companies report good financial updates or company news it can resonate well for marijuana stocks. Currently in the U.S. cannabis business owners are waiting for the day federal cannabis reform takes place. This will only add more value to the already existing state-level rules and regulations.

It will also give marijuana companies the chance to create new business and partnerships that were not able to be done due to federal restrictions. Yet even on state-level much progress has been made with even more states going legal and generating large amounts of revenue. The 2 states mentioned below are examples of what progress looks like with a big demand in a thriving cannabis market.

In a recent report, Illinois has yet again set another record for the amount of cannabis the state has sold. Illinois has set a monthly record with cannabis sales-generating close to $2.5 million in April. All in residents and tourists purchased $114,961,668 worth of adult-use marijuana this past month. That’s accounts for $5 million more than in March, which itself broke the previous record.

Those who live in Illinois made for $79,909,284 of the April sales, while visitors purchased $35,052,383 in cannabis products. Now it’s fair to say that these current numbers created a boost in cannabis demand ahead of 420. As well its also why sales have consistently been rising since the state launched its adult-use program in January 2020. Back in April of 2020, the state made $37,260,497 from cannabis sales. Sine this time numbers have gone up more than 3X according to the state Department of Financial and Professional Regulation. 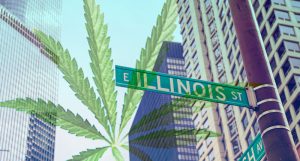 If Illinois can keep these sales going the state may generate over $1 billion in adult-use marijuana sales in 2021. Furthermore, that would also generate a large amount of tax revenue for the state. Back in 2020, Illinois sold about $670 million in cannabis and took in $205.4 million in tax revenue. Illinois is continuing to show why they are one of the more dominant cannabis states in the country. With this more investors will be potentially looking to get involved.

The Big Apple Has Big Projections For Cannabis Sales

New York has recently become one of the newest states to legalize recreational marijuana. Now that the state has done so analysts have set big projections for New York’s cannabis market. The big apple is set to bring in over $240 million in yearly cannabis sales. This came from the state administrator who made this projection from a new budget analysis.

For the first 12 months of cannabis sales, New York is anticipated to see just $20 million. This number is just in tax and fee collections. Which will be part of an approximated $26.7 billion in new revenues. The state is expected to generate these figures in the fiscal year 2021-2022. Which would happen under a budget that the legislature passed last month. 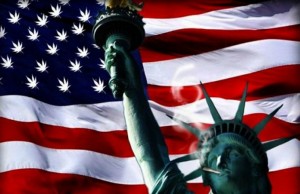 “While increased receipts will occur from the legalization of marijuana and sports betting, the new revenue sources with the greatest fiscal impacts are the [personal income tax] and corporate tax increases,” the analysis says.

“As the State’s economic recovery continues, tax collections have surpassed expectations and forecasts have improved,” the report states. “In addition, the State will also benefit from a historic amount of federal aid and new revenues from tax increases, the legalization of recreational marijuana, and online sports betting, totaling an estimated $26.7 billion in SFY 2021-22.”

New York Gov. Andrew Cuomo approved a bill to legalize cannabis for adult use back March. However personal possession of up to three ounces was made legal immediately after receiving the governor’s signature. However, dispensaries are not set to open in New York until 2022.