Home Marijuana Stocks To Watch: Do You Know About These 2 MSOs

Marijuana Stocks To Watch: Do You Know About These 2 MSOs

MSO marijuana stocks or multi-state operators have become a notable subject amongst cannabis investors. With such a broad market base, MSO pot stocks are one of the fastest-growing areas of the cannabis industry. Currently, Investors are showing more interest in these companies due to a few key factors. For starters, this is an election year in the U.S. which means that the potential for nationwide legalization is once again on the table.

Additionally, these companies are moving into markets that are seeing large amounts of success. With each state that has some form of legal marijuana presents the potential for new business amongst multi-state operators. With the rapid success of cannabis expanding across the U.S. thriving markets such as California, Florida, and Colorado provide more opportunity towards the growth of MSO marijuana stocks in 2020. However, this all can fall back on whether or not laws change on a larger scale. If this becomes the case, MSO’s could become even more valuable in the near future.

This Marijuana Stock To Watch Has A Large U.S. Presence

Curaleaf Holdings (CURLF Stock Report) (CURA) has one of the broadest reaches amongst MSO pot stocks. The company has operations in as many as 19 states across the U.S. Recently, Curaleaf announced that it is close to closing on an acquisition of the company Grassroots. With this, it would have the ability to open as many as 130 dispensaries around the country. Because of this, Curaleaf holdings has without a doubt, one the largest presence in the U.S. MSO market.

Since Curaleaf it is a retail pot stock, and like most retail companies performance is judged based upon sales. Reports have shown that Curaleaf is getting close to becoming the first pot stock to see as much as $1 billion in sales annually. This is as well is dependent upon a few factors such as the aforementioned acquisition and the changing of cannabis legislation. For now, Curaleaf remains hard at work dedicating its efforts to scaling its business to create an even bigger impact towards the future of the cannabis industry.

This MSO Pot Stock Has Operations In 12 States Across The U.S.

Green Thumb Industries (GTBIF Stock Report) (GTI) is another major MSO pot stock. The company has operations in 12 states across the U.S. What makes this company an interesting marijuana stock to watch is how they invest in other legal cannabis markets around the country. 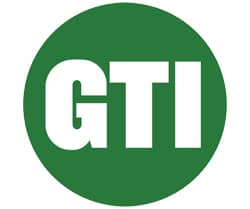 One state, in particular, that Gree Thumb felt would be a good longer-term investment, is Illinois. Recently the of state Illinois legalized the sale of marijuana. Since then, Green Thumb has been working toward a goal of opening as many as 10 dispensaries within the state. While Green Thumb has opened its own dispensaries in various states, the company also purchases other existing dispensaries.

As well Green Thumb has invested into Nevada’s cannabis market with the purchase of Integral Associates. Currently, Green Thumb Industries has as many as 8 licenses in Nevada which is quite a lot compared to the other MSO companies. With a wide presence around the U.S., Green Thumb Industries is a multi-state operator with a great deal of market potential that could prove to be a marijuana stock to watch in the near future.