Home How Are Marijuana Stocks Impacting The U.S?

How Are Marijuana Stocks Impacting The U.S?

The U.S. has become a focal point toward the expansion of marijuana stocks. Since California legalized recreational marijuana back in 2018, we have seen a large number of changes begin to take shape. With these changes, one thing is clear pot stocks and the individual statewide markets are focusing on new laws and policies to help all things cannabis. Currently, the cannabis industry is segmented around the nation. Because of this, different areas across the U.S. are forced to enact laws that vary from state to state. With laws differing that much, it can be difficult to tell which cannabis companies are marijuana stocks to watch.

Investing in marijuana stocks is predicated on many factors the basics being researching different markets and the companies within them. Because of this, there can be discrepancies between each state and how their industries are run. In addition to creating more space for the cannabis industry to flourish further, nationwide cannabis legalization would make it a hell of a lot easier for traders to keep up with fluctuating markets. With that being said, some states have made it easier for investors than others. These states have learned from each other to help enact the best laws and cannabis policies. With that in mind, the two states mentioned below are interesting contenders for the future of the U.S. marijuana market.

Marijuana Stocks Focus On The Largest Cannabis Market in the World

Of course, we have to start with California. The Sunshine State is without a doubt the largest cannabis market in the world. Because of its size, those looking to invest pay close attention to the California market as a way to figure out which cannabis companies and pot stocks to watch. If a cannabis company can succeed in the world’s largest industry, there’s no telling what it could do throughout the rest of the country. Some have projected that the state could reach sales as high as $11 billion over the next decade. Yet, there are still challenges that California needs to overcome in order to reach this goal. 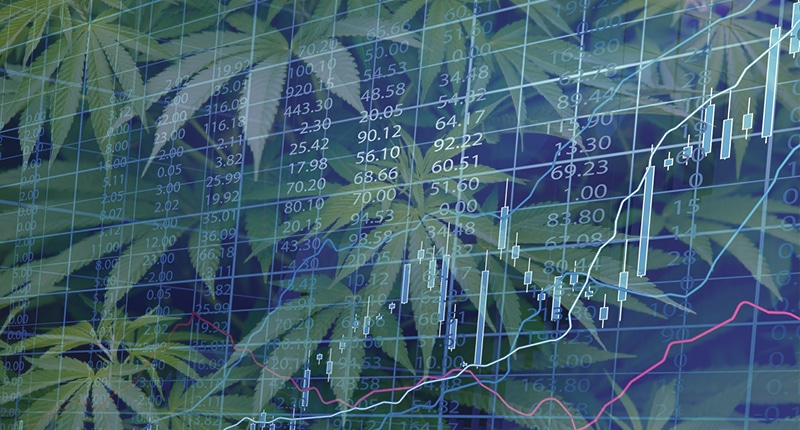 The first of these is the threat of the black market. Those who want to purchase cannabis in California, are often paying as much as 40% over wholesale prices solely due to high taxes. This results in unsustainable pricing that the average consumer cannot keep up with. In addition to this, many individual jurisdictions have decided not to allow retail locations to open within their areas. This means that often times, consumers cannot get cannabis legally. For this reason, many people turn to the black market. Despite this, many cannabis companies are turning to California as their home state for market expansion. Analyst suggests that California’s marijuana industry has more potential than any cannabis industry currently in America., and they could be right. In order for the industry to flourish, even more, the issues mentioned above will need to be sorted out.

This State Is Expanding Its Cannabis Market At a Fast Rate

Florida is another market that has received a lot of attention since the beginning of the year. The state is well-positioned to be one of the fastest-growing cannabis markets in the nation. First off, Florida has not encountered some of the roadblocks that California has, such as supply issues or heavy taxes. This is because of the proper state-level legislation that is in place. As of now, Florida is only a medicinal marijuana state where you need the proper license and doctor recommendation to purchase cannabis. But this could change and Florida could become fully legal in the near future.

A study from Arcview Market Research shows that Florida could see as much as $1.9 billion in sales by the year 2024. If this estimate can be met, it would make Florida the third-largest cannabis market by sales in the nation. Interestingly enough, the state has also witnessed the entrance of many cannabis companies find their place in the green rush. These companies are working to become leaders in what is still a fairly new industry.

With Florida and California working hard to build out their markets, investors continue to turn to these states as a way to source innovative cannabis companies that potentially could be marijuana stocks to buy. Given that there are still challenges amongst these markets, only time will tell how things will unfold. With 2020 well underway this new year will give better insight into what the future of the cannabis industry could look like.