It’s no surprise that Marijuana Stocks have had a rough 7 months. One of the points that we’ve made the last few years is that there is a measurable cycle within the sector going as far back as 2014. The mid-March liquidity drain has even got a catchy term, “Ides of March.”

This time period has seen steep declines within the sector since 2014, which is why we always make a point to keep people up to speed on the historical price movements in pot stock land. It’s not an exact science by any means, but as history has proven there is certainly a seasonality to marijuana stocks that has historically been from October to mid-March. So let’s look at some basics, go over a few Frequently Asked Questions, and dive into what’s next for the cannabis industry.

When Should I Buy Marijuana Stocks?

The biggest question we get from new marijuana stock investors entering the space for the first time is usually one of two questions. Either “what should I buy,” or, “When should I buy?” To be fair, we never answer these questions because we are not financial advisors. 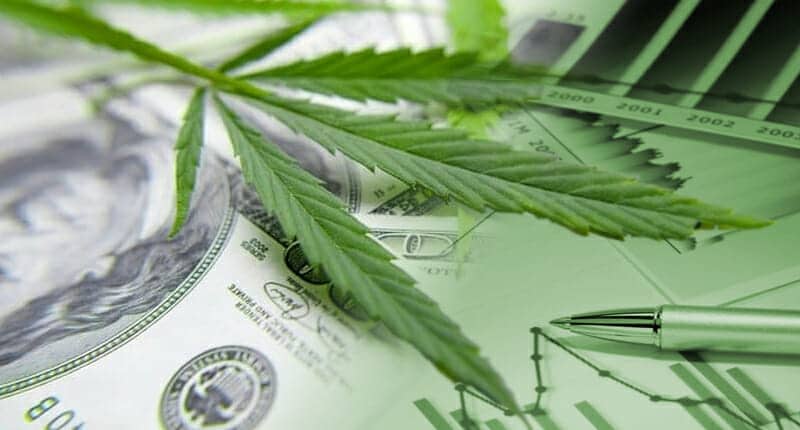 But we can point to general price movements within the sector using historical data. Another question we get from people that have been in this sector and were buying pot stocks in March – only to ride the tsunami down – is sadly “When should I sell?” Again, not our department.

But many CFA’s or Brokers will often tell you that a 10-15% loss on any given security is a threshold to obey. But there is a means to understand the risks of a company you might be bag holding; which we will discuss.

Marijuana Stocks & What To Look For

We could write a pot stock version of “War & Peace” on this topic, but we will stick to some of the basics given a few different scenarios:

A share cliff is also known as an “unlock date” associated with a specific security. Generally, there are two types. The first is based on the money the company raised prior to going public. Nine times out of 10 this is a deep discount to what the company is currently trading at.

These are called private placements and they usually have a hold period of 6 months from the IPO date. As an example, let’s say you’re holding a stock currently trading at $5 with an “unlock” about to happen tomorrow (from a private placement done at $1). In this example, 30,000,000 new shares could potentially enter the market because they will be unrestricted.

The bull case is always “people will hold.” But the reality is that if you were the one that had shares at $1 you’d likely opt for a 500% gain. Investors need to understand that 99% of the time supply will crush demand causing a decline. On top of that, elite traders know this and usually take nice short positions heading into share unlocks.

As an example, we can look at Beyond Meat (BYND Stock Report), which has a share unlock on October 29th. I made a point to tweet about that here. Medmen (CSE: MMEN.c OTC: MMNFF) has a share unlock in November, which is likely to be brutal for the company that spends money like they have their own printing press.

Marijuana Stocks: What Is A Bought Deal?

Another type of unlock is a bit more complicated so I will keep it simple. Say an institution does what’s called a bought deal. This is where they get a specific amount of stock at a discount. The company then gets a huge amount of money.

These tend to have 4 month holds and also come with warrants, but that’s a separate topic altogether. The point is all the tools you need to help reduce your risk are generally in filings either on the SEC website or SEDI for Canada.

How To Buy Marijuana Stocks

There are a few companies out there that have flown relatively under the radar because they don’t have “sexy” storylines related to funded capacity, the price per gram stats, or a snappy infused beverage line. Innovative Industrial Properties (IIPR Stock Report) is one of those stories. IIPR is known as a real estate investment trust focused on cannabis growing and processing properties in states permitting medical marijuana use.

To put it in simple terms think of them as landlords that lease out facilities for the purpose of cultivation. In their Q2 financials, they beat estimates by Wall Street Analysts and institutions with $8.34m. it reported an EPS (earnings per share) of .29 with what we call a top line and bottom beat. 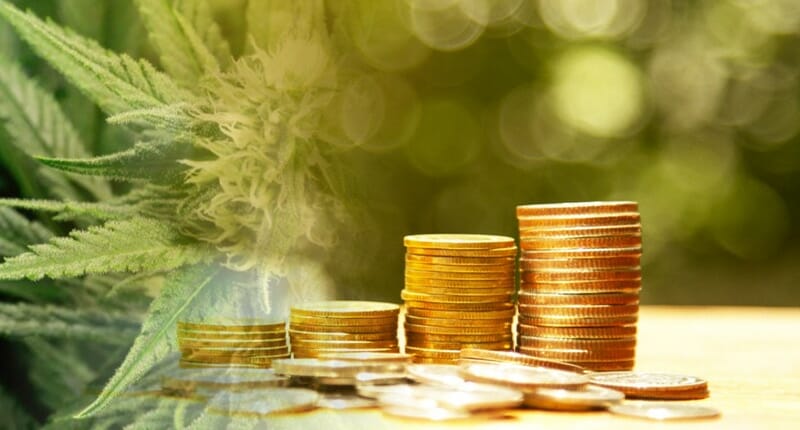 They offer a dividend of 7% also and recently hit an all-time high $139.53 in mid-August and pulled back with the market as pot stocks tend to do. But if we track the last 6 months’ performance of the sector IIPR is holding its own so to speak. The point being, sometimes the non-sexy stories are insulated from bad sentiment and bad traders. As of the writing of this article, IIPR is $71.

What Is Marijuana Stock ETF Rebalancing?

Another way to invest in the market in a weighted average sense is to look at ETFs specializing in cannabis companies. These exchange-traded funds buy a basket of companies. This means that their holdings can consist of 20 or more companies in different amounts based on their capitalization. If you’re a believer in the cyclical nature of pot stocks then ETF’s like Alternative Harvest (MJ ETF Report), Horizons Marijuana Life Sciences Index (HMMJ ETF Report) or smaller Cannabis ETF (THCX ETF Report) is something to evaluate.

I personally find ETF’s interesting in the sense of which companies they are buying during what’s called “Rebalancing.” This is a process that generally happens every 90 days. Investors should know that ETFs have guidelines for what they will buy and what they won’t buy. It’s based on two things: Market Cap & their own due diligence. Last year I wrote about understanding ETF rebalancing here.

Now I’m fully aware, because everyone asks me, “Is the bottom in for Pot stocks?” The question has a two-part answer, YES & NO. Let me explain, many of these companies will die out because of a lack of funding, lack of execution and a plethora of debt on the books in the form of goodwill. Well-capitalized companies that have been planting flags internationally are going to win the Hunger Games of Canada, which is until the United States legalizes. You’ve also got Mexico revving the engines for legalization.

For industry darlings like Cronos (CRON Stock Report), Canopy Growth (CGC Stock Report), Aphria (APHA Stock Report) and Organigram (OGI Stock Report) I think they are important to watch for the bottom. Am I willing to wager my house on it? No. Factoring in the macro-environment as well as accounting for December when many people I speak to believe tax-loss selling is going to be brutal, are musts. But in the time period between now and then there will likely be some opportunities and lots of volatility.

On the MSO (Multi-State Operators) front, this is where the market for pot stocks is. In a sense, MSO’s are the future for now just based on the population of the United States vs Canada. In a 10-1 environment and a genie that’s out of the bottle, it’s hard to say that the US won’t dominate the cannabis sector in the foreseeable future.

Another area that has yet to see a bottom or a top will be the industrial hemp space, which is, for the most part, completely untapped. CBD & Hemp products are everywhere with very few established brands to speak of. The best part about most of these products in the US is that because they are hemp-derived they can be sold across state lines (unlike cannabis).

Above I discussed goodwill, debt, and execution. It would be easy for me to talk about lots of garbage companies & companies that have good CEOs that took bad deals. I won’t but I’m going to use Aurora as an example. While I don’t think Aurora Cannabis (ACB Stock Report) will die, I do think that if they are not producing the types of revenue they promised two quarters ago they are not worth the risk right now. They will have some serious goodwill to write down soon and their stock currently has over 1 billion shares. They also still need dilutive money.

Can I Make Money With Marijuana Stocks?

Aurora needs a few things, namely fewer shares, Cam Battley as CEO because no one knows what Terry Booth is doing, and they can’t miss their own guidance (yes that really happened).  If you’re long Aurora, this might not sit well with you. Are you a true believer? Here are a few bullish case options I know some are looking at: Very far out call options for next year or hedging, if you think you bought the bottom, with put options. If you don’t know what call or put options, I suggest you do some serious research.

When it comes to the question, “Can I make money with marijuana stocks?” the short answer is yes. But you need to be aware of both the opportunities and risks involved. Pay close attention to corporate filings, press releases, and take market chatter into account. But only use it as an extra tool. In the end, you are in charge of hitting the buy and sell button to capitalize on price movement. 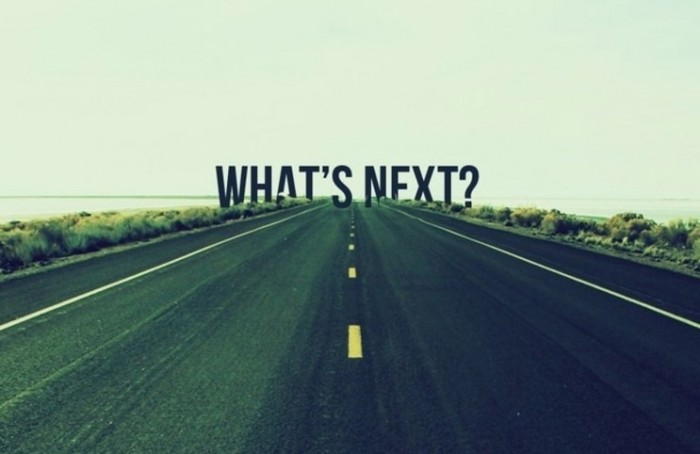 I use Aurora as an example because honestly I really like what they’ve been doing. Besides seeing pressure to selling $86m worth of a company because their sugar daddy bank demanded it and did some other stuff that a US-based bank would have had the SEC banging down their doors. But I digress. They’ve been innovators for sure and I truly want them to win for the industry. If they turn it around, many companies can turn it around.

Just not the tier 3 companies that don’t even have a license yet and sell “hopium” to the retail investors. We can rise again. But that depends on you, the retail shareholder. Value your own money, make informed decisions and take profit often. Remember, it’s a marathon, not a sprint.

A group of researchers from the University of Pittsburgh and Rutgers…

Will Canadian Pot Stocks Continue To Gain This Week In July?

As legalization of marijuana sweeps across the nation, Big Pharma sees a…