So far in July, we have witnessed a lot of positive sentiment regarding cannabis stocks. Many of the most popular marijuana stocks to watch, have shot up in the double-digit percentages during this time. Now, this is not to say that all pot stocks are winners, because that would not be true. But, if we look closely at a company’s business model, we can usually figure out several aspects of where it may be headed. This could be anything from the revenue that a pot stock is bringing in, all the way to what type of losses or debt they have.

With this information, we can begin to create a better picture of where a marijuana stock to watch may be headed. In combination with this, we also have to consider other factors. Given that pot stocks are usually quite speculative, investors should know what it on a company’s to do list. When news comes out, it usually makes the cannabis industry go one way or another. While speculation isn’t the best way to trade for some, others may find it very useful. With this in mind, these are two mid-cap pot stocks to watch that might just show some solid momentum.

An Interesting Marijuana Stock To Watch

Village Farms International Inc. (VFF Stock Report) is one of the most popular marijuana growers in the industry. VFF stock has continued to outperform a lot of other competitors in similar areas of the cannabis industry. Since mid-March, VFF stock has shot up as much as 179% which is quite substantial. One of the main reasons for this is the company’s underlying business model. Over the past five quarters, VFF stock has remained consistently profitable. This is because the company is extremely efficient in producing cannabis. In addition, the Village Farms has access to more arable space than almost any other cannabis producer.

A few years ago, the company signed into an agreement to create the Canadian cannabis producer that would be named Pure Sunfarms. This joint venture was created with the intention of producing large quantities of cannabis at lower prices than most others. In Ontario and other parts of Canada, this is one of the largest suppliers of marijuana. Because of its market share and consistent profitability, the company remains one of the most prominent marijuana stocks to watch.

Columbia Care Inc. (CCHWF Stock Report) is one of the leading mid-cap multi-state operators. The company is not nearly as well known as some of the larger MSOs in the cannabis industry. But, CCHWF stock has shown a lot of potential in the past few months. The company has several states that it is working to gain a big foothold in. This includes Florida, New York, Illinois, and more. Now, these markets may not seem the largest, but they have an extremely high amount of growth potential. 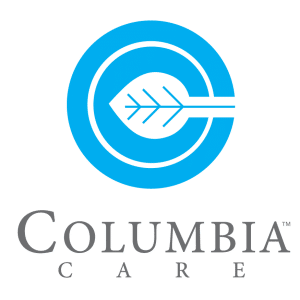 CCHWF stock continued to be considered a pot stock to watch because of the markets that Columbia Care works in. Currently, CCHWF stock has a market cap of around $620 million which is not incredibly large by any standard. But, the company has been able to consistently grow revenue over the past few years. Analysts have stated that in the 2021 year, the company could push its revenue as high as $400 million. Whether or not that prediction comes true, Columbia Care still remains a leading pot stock to watch.

Within the last six months, we have seen many of the most…