Marijuana stock Tilray (TLRY Stock Report) reportedly sold almost five times as much cannabis in the third quarter compared to last year. This is due to the acquisition of the largest hemp company in the world. The company’s revenue beat projections rising from $10.1 million last year to $51.1 million. Wall Street expected revenue of around $48.2 million excluding taxes. However, despite the exceptional growth in revenue, the company’s net loss in the quarter widened from $18.7 million or $0.20 per share to $35.7 million or $0.36 per share.  Analysts on average expected a loss per share of $0.30.

Tilray Reports Losses Due to an Increase in Operation Cost

Tilray has indicated that the losses widened because of the increase in operational costs. These were associated with its growth as well as efforts to enhance its international presence. The company also cited the acquisition of Natura Naturals and Manitoba Harvest for the increase in costs of operations.

The acquisition of hemp company Manitoba Harvest is already bringing in returns. As a result, total hemp sales were around $15.7 million. At the same time, Tilray has leveraged the recreational cannabis industry and the recreational pot sales were equally around $15.8 million. There was a 53% increase in bulk sales going to patients directly to around 13.9 million. Tilray’s early lead in the European market generated $5.7 million in medical marijuana sales.

Price of Marijuana Per Gram Drops

In the quarter the company sold around 10,848 kg of the pot. However, the average selling price of marijuana per gram dropped to $3.25 from $6.21. This was mainly a result of a change in channel and product mix.  On average recreational marijuana sold at $2.98 per gram. 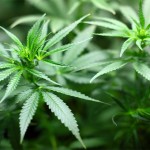 Tilray CEO Brendan Kennedy said that the company’s international pot sales are a result of the investment made in the last two years. Like most pot stocks in Canada Tilray has been grappling with demand issues following the legalization of pot. Kennedy blames cannabis growers for lying on the amount they could grow. This has created a problem for the company that planned to source pot from growers.