U.S. marijuana stocks have all but taken over. At the current point in time, it seems as though we are waiting on the proper legislation to take hold before the industry can flourish. For comparison sake, many tend to look at the Canadian pot stock market as a way to see where we can shift into the future. Right now, however, it seems as though U.S. pot stocks may be on the rise while Canadian pot stocks seem to be falling. In Canada, the market was met with a large amount of uncertainty as many of the most popular companies struggled to meet the high demand from consumers.

In the U.S., this is not so much the case as individual markets have been able to get to know their industry on a closer level. While Canada works to get their industry on track, it seems as though the U.S. is continuing to take over. Another interesting comparison is that Canada only recently decided to legalize the use of edibles, vapes and cannabis-infused beverages. In many states in the U.S., these substances have been legal for quite some time. This means that the U.S. may have a head start on the future of the pot stock market.

Curaleaf Holdings (CURLF Stock Report) is one of the leading vertically integrated multi-state operators. The company has stated that they expect to see somewhere in the range of $1 billion in sales during the 2020 year. Of course, this is currently speculation, but it does look like the company is on the right track.

With 49 open dispensaries, the company has been able to produce large quantities of cannabis in its 13 processing facilities. While most other pot stocks are struggling to get their product out, Curaleaf is not finding any issue with that. The goal for the company right now is to bring their retail license amount up so that they can continue to open up new locations.

[Read More] Are Marijuana Stocks Worth It?

Green Thumb Industries (GTBIF Stock Report) is a lesser-known pot stock with big potential moving into the next few years. The company has stated that they could see as much as $440 million in sales in the next year or so. With around 95 retail licenses, the company looks like they could be a real competitor in the multi-state operator space. The company currently has as many as 32 open locations which is quite substantial compared to some other businesses. 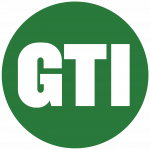 The main strategy for the company has been to grow in the largest states in the U.S. by market value. In this day, they have stated that Nevada may be the best potential next move for the company. With the highest per-capita spending supposedly in the state in the next few years, it seems as though Nevada may just be the right market to move into. For this reason, the company remains a key pot stock to watch moving forward.

These Stocks Could Deliver Long Term Returns For Investors