Home Will This Marijuana Stock Bounce Back?

Will This Marijuana Stock Bounce Back?

The past few months have been extremely tough for the cannabis industry. Almost, all companies have seen their stocks plunge to new depths. One company that saw its stock crash to a record low of $0.82CAD on Thursday is The Green Organic Dutchman Holdings (TGOD Stock Report) (TGODF).

Since March this year, the stock has been in the middle of a meltdown of sorts and has lost as much as 83% and in the last three months, it has recorded losses of 72%. That being said, it is worthwhile to ponder whether the current level is the bottom for TGOD.

At this point in time, marijuana stock TGOD has a valuation of $273 million and that works out at 10.3 times the company’s future sales. The multiple is in line with the rest of the cannabis industry. Moreover, analysts continued to be bullish about the stock and have set a target price of $3.28 in 12 months. That represents a 231% upside from the current levels of the stock and it goes without saying, that it is a handsome return.

Back in October, the company’s Chief Executive Officer Brian Athaide had also stated that TGOT is looking to reduce costs and capital requirements going forward. 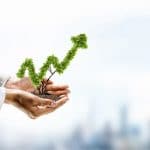 On the other hand, the issues that are currently plaguing the industry are well known. The slower rollout of retail locations has hurt plenty of companies and that is another factor behind the company’s current troubles.

Now that TGOD has a new strategic plan in place, one can hope that the company will be able to keep costs low and also balance its production with market demand. The company will post its Q3 2019 results on November 14 and analysts expect TGOD to generate $26.38 million in revenues to go along with loss per share of $0.17. Any significant variation on the wrong side in the actual results could hamper this pot stock further.