The Canadian cannabis industry has seen some winners and losers this year. Marijuana stocks in Canada are fighting for position for the top spot in the cannabis market. As marijuana derivatives are legal in late 2019 Canada has some well-positioned marijuana stocks to watch. Although Canada’s demand for marijuana has not spiked as much as it did in the U.S during the COVID pandemic. Some of these top-performing Canadian pot stocks are positioned to capitalize on the emerging derivatives market.

Canadian Stocks with a Future in Derivatives

Marijuana Industry leaders like Cronos Group Inc. (CRON Stock Report) have created cannabis-infused beverages that have growth potential within the consumer market. Some of this potential has not been realized yet because of the economic shutdowns. But with the economy opening up investors should watch closely to see what products become popular with cannabis consumers. 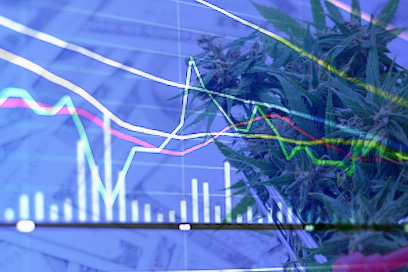 Another well-positioned top-performing Canadian marijuana stock is OrganiGram Holdings Inc. (OGI Stock Report).  The company made an investment in the future of the cannabis derivatives market in Canada. OGI is setting up to produce chocolate edibles and a cannabis powder that can be added to beverages.

How Much Revenue is Canadian Marijuana Producing?

The Canadian Cannabis market is estimated to be a CA $2.2 billion industry in 2020. Back in May Canada saw record-breaking sales of CA $185.9 million for the entire sector. The growth potential over the next five years is predicted to increase exponentially in the marijuana sector. The best performing Canadian marijuana stocks will most likely see increased revenue with this industry growth. 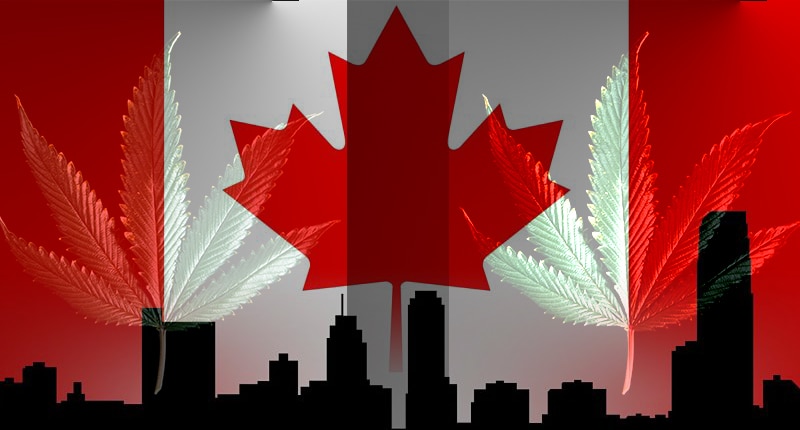 Finding The right Canadian cannabis companies to invest in is crucial for a return on investment. With proper research, investors can look at a company’s financials to see if they are producing a profit. Below are two Canadian pot stocks to watch That lead the Canadian marijuana market.

The Number One Canadian Marijuana Stock

Canopy Growth Corporation (CGC Stock Report) has held the top spot in the Canadian market for quite some time. CGC cultivates and sells medicinal and recreational cannabis and hemp. It does this through a portfolio of brands that include Tweed, Spectrum Therapeutics, and CraftGrow. Primarily as it is Canopy operates out of Canada this is because it has distribution and production licenses in more than a dozen countries. Currently, it also has the option to acquire Acreage Holdings upon U.S. federal cannabis legalization.

Recently implementing an amended purchase agreement to acquire Acreage Holdings, Canopy Growth is growing its footprint in the United States. With a market cap of $5.359 billion Canopy stock is by far the largest Canadian marijuana company in the game. In 2017 alcohol beverage giant Constellation Brands, Inc. (STZ Stock Report) began to invest in the company.

Now owning 38% of Canopy the cannabis-infused beverage market could be monumental for both companies. With strict laws prohibiting marijuana and alcoholic infused beverages, for now, Canopy will have to focus on non-alcoholic marijuana-infused products. With Canopy’s stock seeing a decline in September investors have this marijuana leader on their watchlist for future potential.

Aphria Inc. (APHA Stock Report) is one of the fastest-growing Canadian marijuana stocks to watch in the industry. The company is a global leader in the distribution of medicinal marijuana. Currently, Aphria has expanded its international operations into 10 different countries. However, as it stands Aphria does not have operations in the U.S. This is due to federal prohibition. Aphria has positioned itself to be one of the top 5 Canadian marijuana stocks. The company has reported earning revenue of CA $543 million which is more revenue than the likes of larger competitors.

In addition, Aphria has seen profitability for five consecutive quarters. This makes Aphria a top performer in the Canadian marijuana industry. With its hand in the cannabis derivatives market, the company looks like a winner for investors. APHA stock is coming off a 50-day low of $4.22 in late September. Because of this price drop investors have become more disappointed and less thrilled with the Canadian cannabis market.

This downtrend was due to bad financial from other Canadian cannabis companies. The above mentioned top performing cannabis stocks are Canadian industry leaders. The future of these cannabis companies looks promising for shareholders. With the stock market looking better going into October these leading Canadian pot stocks are ones to watch.

At the moment, more than fifty percent of the country has decided…