Home Top Canadian Marijuana Stocks For Your Portfolio In 2021

Top Canadian Marijuana Stocks For Your Portfolio In 2021

Cannabis Stocks In 2021 And Market Performance

Earlier in the year, we got a chance to see what a rally in the cannabis sector might look like. After climbing in January and reaching new highs in February top marijuana stocks began to see declines in market value. Although this downtrend has persisted for a few month’s things could be turning around for top pot stocks. This week in April many leading cannabis stocks have begun to see some upward momentum in the market.

One area of the market that’s seen the most market volatility is the best Canadian marijuana stocks to buy. At the top of the year, Canadian cannabis stocks rallied with most reaching new highs in the market on February 10th. One example is Canopy Growth Corporation (NASDAQ: CGC) after reaching a high of $56.50 in February the stock closed at $26.91 on April 28th.

In general, most Canadian marijuana stocks are now trading close to the levels they started in 2021 with. For new investors trying to gain exposure to the cannabis industry, this could be a good time to put leading cannabis stocks on your watchlist for May. At the present time, Canadian marijuana stocks are waiting for one major catalyst from the federal government that’s cannabis legalization and reform. Since November 2020 the cannabis sector has been rallying on the possibility of reaching new federal reform in 2021.

As it stands the SAFE Banking Act has made its way to the Senate and could be the first action taken as a step to cannabis reform in the U.S. Although this bill might not directly be beneficial to Canadian companies awaiting entry into the U.S. cannabis market, it is a step in the right direction.

Recently Chuck Schumer made mention that he would continue pushing for federal legalization in the coming months so there’s a strong possibility we can see this happening soon. But in the meantime, Canadian marijuana stocks could currently be at a decent entry point for new investors.

With the intention of finding top Canadian pot stocks for your watchlist in 2021, we can research some companies. As an investor, you should always do your own due diligence on a company before investing. This means looking into a company’s financial standings and plans for the future. It’s also important to study the stock’s market performance to establish the best entry point for your investment. With this in mind let’s take a look at 2 marijuana stocks to watch before May 2021.

One Canadian cannabis company that’s seen many recent changes is Tilray, Inc. After a monumental merger with another leading Canadian cannabis company Aphria Inc. (Top) the two have combined to possibly be one of the largest cannabis revenue producers in the world. In its latest earnings report, Tilray’s revenue was up 26% to $210.5 million when comparing to 2019. Also, Tilray managed to lower its net loss to $3 million in Q4 2020 compared to a net loss of $219.8 million in the fourth quarter the year prior. The company contributes some of its growth to the launch of cannabis 2.0 in Canada and has seen an increase of 26% in the adult-use recreational market there.

Currently, Tilray has its brand products in 1319 stores across the world and continues the integration and acquisition of companies to produce future growth. Recently the company became the first cannabis company to receive approval to ship medical cannabis into Spain. While Canadian cannabis companies grow on the international level most are planning for entry into the U.S. cannabis market. On April 27th Tilray was named to Time’s inaugural list of 100 most influential companies. 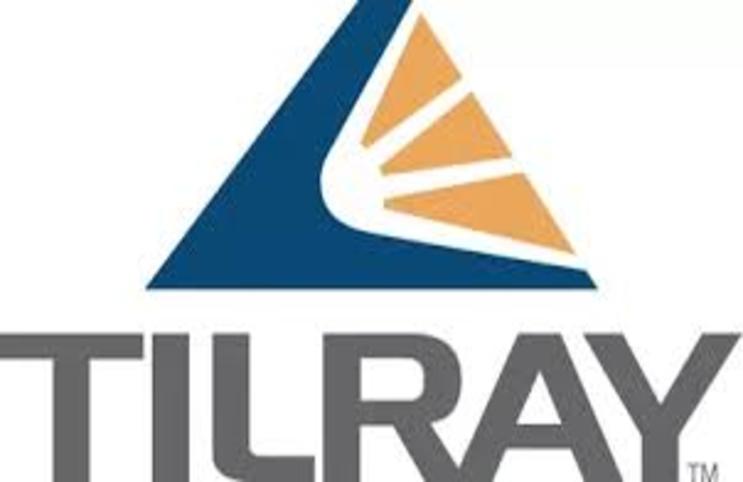 Village Farms International, Inc. is a North American greenhouse grower that is converting its low-cost agriculture techniques into a focus on opportunities in the cannabis and CBD markets. Through its wholly-owned subsidiary Pure Sunfarms the company is one of the largest cannabis operations in North America. At the present time, the company has one of the best-selling cannabis brands and has generated 9 quarters of positive adjusted EBITDA since commencing sales.

Village Farms generated an EPS of $0.12 for its Q4 2020 and an EPS of $0.20 for the full year 2020. Specifically, Pure Sun Farms is up 28% with sequential growth in Q4 branded cannabis sales. Additionally, the company saw 248% growth year over year with retail branded sales of $15.5 million. In total Village Farms reported fourth-quarter revenue of $47.4 million a 43% increase from 2019. But this fell short of the consensus estimate analysts gave of $53.1 million. Village Farms International, Inc. has seen a significant amount of loss in market value after reaching its high in February.

[Read More] Top Marijuana Stocks For The Long Term? 2 To Watch In May