Home These Two Pot Stocks Are Showing More Momentum Than Most

These Two Pot Stocks Are Showing More Momentum Than Most

A Cannabis Grower and a Derivative Producer Marijuana Stock to Watch

Since mid-March, marijuana stocks have been pretty great to investors. Although the beginning of the year was quite rough, pot stocks have shown a lot of returns in that time period. While these gains may be unsustainable in the long term, in the short term there are a few reasons why these gains could continue. For one, the pandemic has produced better results for leading pot stocks to watch as it has resulted in a demand increase for cannabis. With no visible end in sight for the U.S. coronavirus pandemic, it seems as though this demand could continue into the future.

For that reason, it’s worth finding some marijuana stocks to watch that could do best during this trying time. With that considered, pure-play pot stocks and derivative producers are two of the best options as of now. These two areas of the cannabis industry provide investors with a diversified portfolio and one that can take advantage of Covid’s effect on marijuana demand. For that reason, here are two marijuana stocks to watch that could show more momentum than others.

A Grower and Royalty Based Marijuana Stock to Watch

Auxly Cannabis Group Inc. (OTC:CBWTF) may be an unknown marijuana stock to some, but it does have a great deal of potential. Recently, CBWTF stock has become one of the fastest-growing in the cannabis industry. This is because of its business model and how the company has chosen to keep itself afloat during the pandemic. While most other growers operate by producing as much cannabis as they can, CBWTF stock has benefitted from its entrance into the derivatives market. The company has stated that it was withholding some of its cannabis production, with the purpose of putting it toward producing edibles and other derivative products. 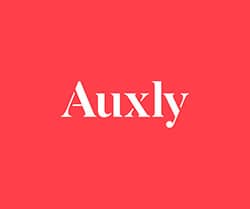 But, growing cannabis is not CBWTF stock’s main business. Rather, the company works by funding grow operations and then receiving royalties on the cannabis that is sold. Although CBWTF stock has yet to produce a profit, some investors believe that this is not far off. For that reason, the company has remained extremely popular amongst pot stock investors. With that, Auxly Cannabis remains a leading marijuana stock to watch.

The Valens Company Inc. (OTC:VLNCF) has remained a popular pot stock in the cannabis industry for quite some time. For those who don’t know, VLNCF stock has shown gains from the company producing extractions on a contract basis and for sale. Analysts have stated that VLNCF stock could post sales growth of around 210% in the next year or so to around $131 million in derivative sales. This would not be an incredible amount to grow by considering how fast the company has grown already.

In Canada, derivative products were only legalized for sale at the beginning of this year. Because of this, the potential has largely remained untapped. The company has stated that it has the potential to process as much as 1 million kilograms of cannabis per year, which is quite an astounding amount. With that in mind, it also believes that more and more cannabis companies will hire it for its services. Because of the growing demand for cannabis and subsequently derivatives, The Valens Company remains a leading pot stock to watch in the near future.