These Marijuana Stocks Could Reach Better Market Levels Next Month

Will These Marijuana Stocks See More Gains Next Month?

While most people tend to focus on the top marijuana stocks based on market performance or market cap. Yet there are other marijuana stocks that do not get enough investor’s attention. This may be due to the company not delivering results as a business which can reflect poor trading. The other reason may be because the company is still establishing itself within the marketplace. Another reason may be that investors don’t know enough about the company to take the risk.

However, even if a marijuana stock is less popualr or beaten down one good day of trading can set things on a better path. Cannabis stocks trade in a volatile market which causes prices to change at any moment. This is also another factor as to why investors feel safer when investing in more notable and better-performing pot stocks. Even if a top cannabis stock drops in trading if the company has a pattern of recovery chances are the same will happen.

So with that mind frame, investors feel better about buying the best marijuana stocks at lower prices. Now on the flip side, some investors seek out less popular and beaten marijuana stocks as long-term plays. This is because most times the entry points are much lower than other cannabis stocks. For instance, if someone invests in beaten-down cannabis stocks at some point the company may have an uptick in trading.

If this can happen it will make for a nice return other traditional investors saw as too risky to take. When it comes to investing it’s all about risk verse reward no matter what you put your money into. Right now most marijuana stocks are still showing good entry levels as the sector is trying to recover. These cannabis stocks below are examples of cannabis stocks that may hold value investors are not paying attention to.

Marijuana stock to watch Greenlane Holdings, Inc. over the last year has seen a big jump in trading. This increase was met with a lot of hurdles and volatile trading. Yet overall GNLN stock reaches an increase of 118 percent in its market performance over the last 12 months. Also in this time, Greenlane has grown as a company and in recent news has joined forces with cannabis mogul Berner. This partnership is to release a product called VIBES which is an organic hemp rolling paper.

“Greenlane is excited to launch the VIBES Organic Hemp line that builds on the brand’s reputation for unmatched quality and purity,” said Aaron LoCascio, Co-Founder and CEO of Greenlane. “Greenlane remains committed to growing a portfolio of lifestyle brands and products that resonate deeply with our base of enthusiasts.”

In the last 2 months of trading GNLN stock has still been a volatile play. However, the company has sustained a better market position than back in 2020. Which can lead to a higher position with one good day of trading. In the first 2 weeks of the new year, GNLN stock was able to leverage the momentum the sector was having. This upward push led to better market performance to where GNLN stock saw gains of 44 percent for that time.

Shortly after this run GNLN stock dropped in trading but was able to recover in the following month. Just like the first 2 weeks of January in February GNLN stock began to recover from prior trading leading to a 72 percent increase in trading. Again just like January shortly after this run GNLN stock dropped once again to close out February. Currently in the end of March has still had trouble with better trading but as April approaches things may be different for this marijuana stock to watch.

AbbVie Inc. is one marijuana stock that even though over the last year the company has moved up in the market its been a volatile ride. In the last year of trading ABBV stock has increased by 52 percent. Some people may see the company as too volatile of trade due to how quickly it fluctuates in price. Others see it as an investment you can possibly make a return in a shorter period. It all comes down to trading style. 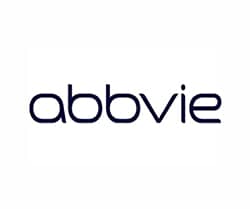 At the end of October is when the company started to move up even higher in the market. When the start of November took place ABBV stock went from $ $88.25 on the 2nd to 99.04 on the 13th this run made for a 12 percent jump in trading. From the 13th, ABBV stock continued to trade up to close the end of the month for a 5 percent gain.

With momentum still going ABBV continued to move up in the market in the first week and a half of December. Right after the 9th of December trading once again became a bit volatile. Yet even with ABBV stock fluctuating in price the company is still sustaining a decent market level. In recent trading, it seems as ABBV stock is started to see a small recovery heading into April.