The First Piece Of Cannabis Legislation In 2021 Has Been Drafted

Not only that more states are working to go legal in the near future. With this, the U.S. cannabis industry would have the ability to see more revenue with each new State. This is because the more states that go legal the more chances to set up new markets for cannabis consumers.

With Joe Biden and Kamala Harris currently in office, there are high hopes for cannabis reform. In recent news, the first step was taken to introduce a cannabis reform bill. Now, much work will have to be done as some advocates are not exactly pleased with this recent cannabis bill.

However, it would federally decriminalize cannabis. Greg Steube who is a U.S.represenitive is the one who filed the measure to reschedule cannabis. If approved it will take cannabis from Schedule I to Schedule III of the Controlled Substances Act. This has the potential to be a big win for the cannabis industry.

What Are The Next Steps For Cannabis Reform

Now the language of the bill has not been presented to the public just yet but a small piece was shared with an online platform the Marijuana Moment. “the Attorney General of the United States shall, by order not later than 60 days after the date of enactment of this section, transfer marijuana…from schedule I of such Act to schedule III of such Act.” 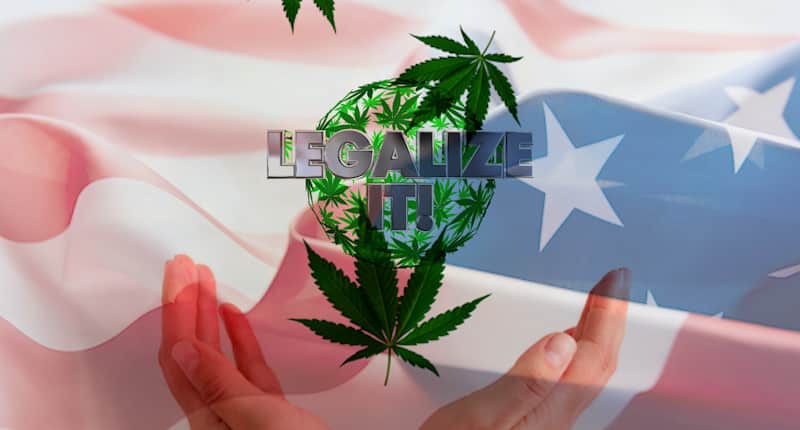 As well back in 2019 when Greg Steube introduced the bill he mentioned that this new measure would also free up more resources into marijuana research.

“As marijuana is legalized for medical and recreational use across the United States, it is important that we study the effects of the substance and the potential impacts it can have on various populations,” he said at the time. “By rescheduling marijuana from a schedule I controlled substance to a schedule III controlled substance, the opportunities for research and study are drastically expanded.”

What Happened To The MORE Act.?

With news about the new cannabis measure, it left many wondering what happened to the MORE Act. Back in 2020 the Marijuana Opportunity, Reinvestment and Expungement Act or The MORE Act. passed the House but was terminated in the GOP-controlled Senate. With the Democrats in control of the House and the Senate, many advocates are waiting for cannabis legislation to make its way to Biden’s office.

[Read More] Will These Marijuana Stocks See More Gains Before Next Week?

Even though Biden isn’t 100% in favor of cannabis, he does feel better cannabis legislation is needed. Vice president Kamala Harris has gone on to say that she will help push for federal cannabis legislation. If either the MORE Act. or the bill that Greg Steube introduced passes it would have a bigger impact than just ending federal prohibition. For instance, it helps protect those who have government jobs and use cannabis from any legal issues.

With the possibility of ending federal cannabis prohibition, it leaves more room for opportunity. Cannabis companies from Canada, Europe, and other areas would have the ability to do business in the U.S. markets. This has the potential to increase the value of the global cannabis industry. As well it provides the chance to see the birth of new markets. 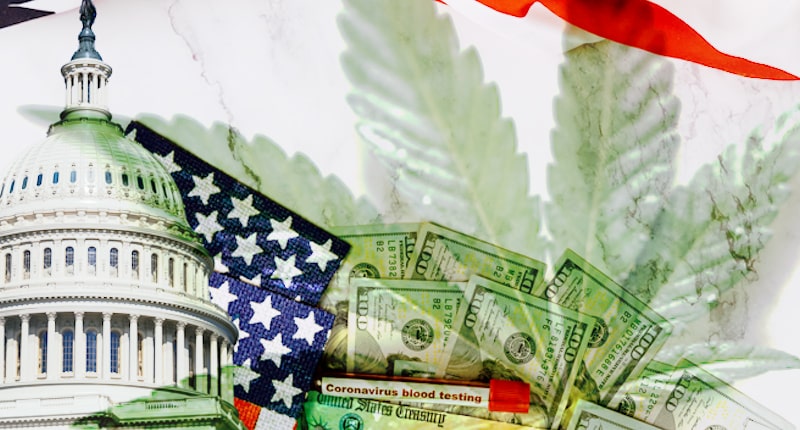 As well as the possibility of cannabis being rescheduled it would allow cannabis companies to write off businesses expenses from their taxes. Currently, cannabis is still a schedule 1 narcotic and is affected by the tax provision known as 280E.

[Read More] Are These Marijuana Stocks A Good Investment? 2 Pot Stocks To Watch This Week

This measure blocks cannabis companies from deducting business expenses from their taxes. In addition to this, it would also help pass better banking laws for the entire industry. As it stands banks can not take money from cannabis businesses due to it being still federally illegal.

Just moderate rescheduling won’t be enough. More work would need to be done to eliminate criminal penalties at a federal level. If a complete rescheduling is not done it would create a lot of friction and holdups with regulatory concerns. Mainly for cannabis businesses that are operating in compliance with state laws. All in all the U.S. cannabis industry needs to end cannabis prohibition to build a bigger industry. With a bigger industry, more people can find jobs and support their lifestyles. The amount of taxes that would be paid can be used to help communities and various programs.

These Stocks Could Deliver Long Term Returns For Investors