At the start of the week, a Texas Senate committee passed a House bill to lessen the penalty for possession of cannabis concentrates. With this bill passing the house, it is now off for full chamber consideration. Also, another committee passed a bill in regards to hemp legislation. On this bill, language was added that would strongly restrict delta-8-THC products. This push for cannabis reform comes as advocates step up their efforts for separate bills. This would be done to further develop the state’s medical-marijuana program. As well as broadly decriminalize the possession of marijuana.

Now the bill that would decriminalize concentrates was presented as a modest piece of legislation. If this bill becomes law it would make the first time the state has reduced penalties associated with marijuana since the 1970s. This bill cleared the Senate in a 5-2 victory by House Speaker Pro Tem Joe Moody. As well Mr. Moddy is also one of the sponsors of this new bill.

This cannabis bill would establish a new drug schedule for products containing THC. For instance, this new legislation would offer lower punishments compared to their current felony classification. Still, possession of up to 56 grams of concentrates would remain as a class B misdemeanor. If caught with 2 ounces of concentrates you may face the possibility of jail time. The types of products that would be covered under the new category include oils, infused lotions, and edibles.

Will This New Cannabis Bill Be Effective For Texas?

Furthermore back on Tuesday the Senate Water, Agriculture & Rural Affairs Committee advanced a House-passed bill. This particular bill would allow for certain amendments to the current hemp program in Texas. These changes involve imposing rules associated with the transportation and testing of edible hemp products. 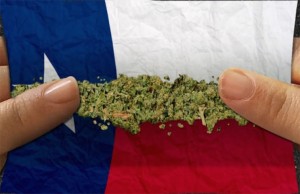 Although the panel added a revision that advocates are against. This is because it would forbid products with more than small quantities of delta-8-THC products. Which they say would present an economic setback to the hemp industry. Meanwhile, advocates continue to show faith that legislation to decriminalize marijuana will pass in the Senate. In addition to expanding the state’s medical cannabis program.

“The Texas legislature hasn’t adjusted our state’s harsh marijuana penalties since the 1970s,” Heather Fazio, director of Texans for Responsible Marijuana Policy, told Marijuana Moment. “Finally, lawmakers are recognizing the disproportionate punishment for cannabis concentrates. This bill doesn’t get us where we want to go, but it’s a meaningful step in the right direction.”

Are You Up To Date On Cannabis Reform In Texas?

This bill to decriminalize marijuana would make possession of up to 28 grams a class C misdemeanor. If stopped with this amount of cannabis it would not come with the fear of going to jail. 3 years ago back in 2019, The House passed a cannabis decriminalization bill. Yet the bill did not successfully make its way through the Senate that session.

In regards to the expansion of medical cannabis, a House-passed bill that would allow access to marijuana if you have certain medical issues. A list of qualifying conditions is made up of cancer, chronic pain, and PTSD. If someone suffers from the above conditions they would qualify to use medical marijuana. Furthermore, it would permit the Department of State Health Services to add more qualifying conditions. As well it would potentially increase the limit of THC for a range of marijuana products from 0.5 percent to five percent.

[Read More] Minnesota Cannabis Bill Has Been Approved By The House

Currently, a great deal of cannabis legislation is in for a tough ride in the Senate. This is where it will be left up to key lawmakers to make this final decision on cannabis reform for Texas. Many cannabis advocates will have to wait to see if the Senate holds a fraction of the value the House does for reform.

One of the bigger obstacles advocates face is Lt. Gov. Dan Patrick who advises over the Senate. In the past, he has stopped prior attempts to enact marijuana reform in the state. This has raised concerns about the prospects of far-reaching changes advancing in the chamber. 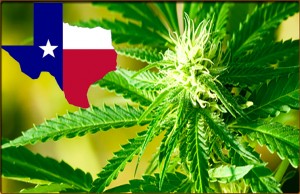 For instance, right after the House passed a decriminalization bill in 2019, Patrick declared the measure “dead in the Texas Senate,” stating that he sides with lawmakers “who oppose this step toward legalization of marijuana.”

With this, Patrick and other lawmakers recognized early in 2019 that modest measures would be taken up and potentially approved this session. especially as it involves expanding the state’s limited medical cannabis program. The lieutenant governor said, “sure, that will be looked at this session” when asked about the prospect of expanding access to medical marijuana in January.

“We’re always listening on the health issues, but we’re not going to turn this into California,” he said, “where anybody can get a slip from the doctor and go down to some retail store and say, ‘You know, I got a headache today so I need marijuana,’ because that’s just a veil for legalizing it for recreational use.”

While Patrick could singlehandedly squash this cannabis bill, other congressional leaders are more open to cannabis legislation.

The Arizona Supreme Court decided on Friday that cardholders for medical…