Home Marijuana Stocks to Watch for the End of July

Marijuana Stocks to Watch for the End of July

While many have been watching the top companies in the industry, there is a lot of untapped potential lying in the companies in the small to mid-cap range. These businesses do not have the same bureaucracy as the larger companies. This means that they are able to push innovation further and faster as they progress into the future of the pot stock market.

Nabis Holdings (NABIF/NAB) is a Canadian marijuana investment issuer working out of both the U.S. and international sectors. The company works by investing in high-quality cash flowing assets throughout the various facets of the marijuana stock market. Their main goal is to focus on investing in vertically integrated cannabis companies. In addition, they have stated that they are keen on investing in companies with high revenue generation, EBITDA and growth.

For those who don’t know, Nabis Holdings is headed by the two co-founders of MPX Bioceutical. MPX Bioceutical completed one of the largest corporate takeovers in the U.S. marijuana space to date. This should just serve to give some context to how the company could continue to succeed moving into the near future.

What’s Next for Nabis Holdings?

The company recently announced that they have completed a purchasing of assets from PDT Technologies. This includes various extraction and production equipment as well as the rights to lease a production facility. The production facility which is located in Port Townsend, WA, should help them to boost their annual production amounts even higher.

Currently, their facility is in production of extremely high-quality cannabis concentrates. Using this new highly specialized equipment, they should only be able to get better at doing so. With this, they have stated that they are all to produce around 20,500 kg of cannabis concentrate per year. Shay Shnet, CEO of Nabis stated that “We are thrilled to officially enter Washington State with the purchase of PDT’s certain assets. Washington represents the successful execution of another promising opportunity that will expand our production and licensing capabilities.”

A Large Marijuana Stock For the Industry’s Future 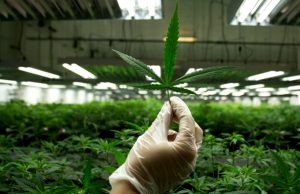 The Canadian stock market was closed for Victoria Day yesterday and today,…