In 1933 when Prohibition ended in the USA, it was a time of incredible opportunity. What was once illegal and done in the shadows was now 100% legal and brought to the light. Business flourished, wealth was made, and a new industry arose!

Does this remind you of another industry? Think about the Marijuana / Cannabis industry, the Prohibition that has been in place for decades and how those walls of Prohibition are falling not just in the United States but globally.

It seems inevitable that we are destined to see the fall of Marijuana Prohibition within the United States and soon. Medical Marijuana is now legal in 30 out of 50 states & recreationally legal in 9 out of those 30 Unites States of America. Marijuana and the rise of the legal Cannabis industry appears to be taking over with very little in its way. Below is a map where you can see what is happening in the United States. 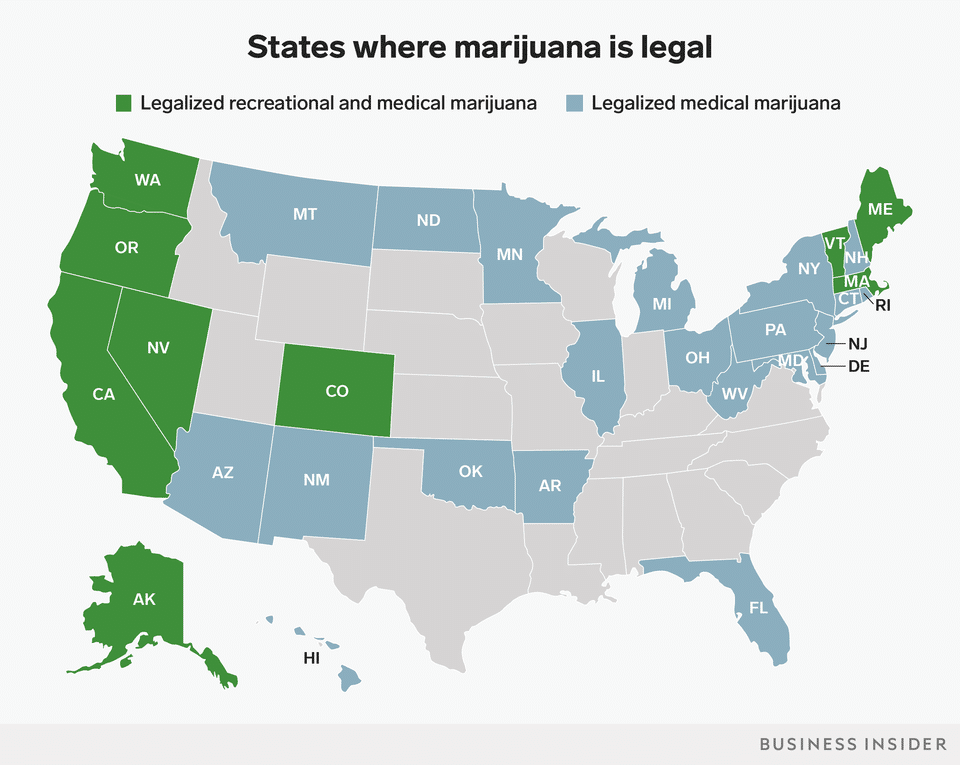 Power To The Consumer

In every industry, there exists ways and means for consumers to receive the very best deals possible. The easiest and perhaps most relevant example of this is within the travel industry. Ask yourself when you need to book a plane ticket, hotel, rental car etc. do you go to the airlines, hotel, and car rental companies’ websites individually? Alternatively, do you visit a site like priceline.com to bundle your travel together in a discounted and easy to use platform that saves you time and money? If you are like most people, chances are you opt for sites like priceline.com.

Priceline.com was founded in 1997 and went public in 1999 at $16 per share. The site is now owned and run by Booking Holdings Inc. (NASDAQ: BKNG) which currently trades for over $2,000 per share!

Priceline.com helped to change the entire travel industry for the better-utilizing technology and giving power, convenience, and massive savings back to the consumer.

This type of industry shift does not happen often, but when it does it’s an opportunity that some would say you must seize and hold on to with both hands as it is often Once in a Lifetime!

The Opportunity in Front of You, Right Now

Innovation does not mean having to reinvent the wheel but instead taking the same concepts and adapting them to fit any environment.

Leafbuyer (LBUY) has been called a “Game-Changer” by NBC and “The Priceline of Pot” by the TheStreet.com (owned by Jim Cramer).

Like Priceline.com, Leafbuyer (LBUY) allows consumers the ability to find the very best deals on all things Cannabis.

Leafbuyer.com (LBUY) is the largest cannabis-deals network in the United States of America with 5 million users monthly.

First launched in Colorado, (LBUY) appeared destined to be at the center of expansion of the legal marijuana industry and has already saved users of marijuana and cannabis products over $5 million in consumer savings.

Leafbuyer (LBUY) currently services over 41% of all dispensaries in Colorado, a state with a growing population of 5.68 million where Marijuana is both recreationally and medically legal.

According to the Leafbuyer Technologies Inc. (LBUY), they are actively working to take its successful business model into 28 new markets throughout the USA.

Due to the success, Leafbuyer (LBUY) has achieved, it should be no surprise that they have formed partnerships with companies like DOPE Media, LA Weekly & Voice Media Group.

How Big is the Legal Marijuana Industry? 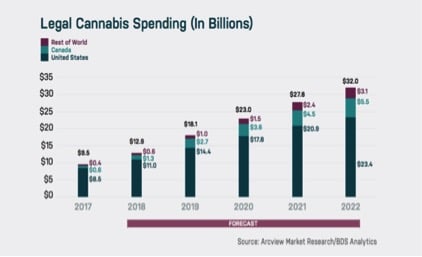 What if you would have invested in Priceline in 1999 for $16 per share? You would most likely be reading this from your private jet. Sadly, most of us did not, it has become another “missed opportunity.” However, the end to Marijuana Prohibition and the inevitable and continuous rise to the legal Marijuana / Cannabis industry provides much potential for those smart enough to get in on the ground floor.

Companies like Leafbuyer (LBUY) empower the consumer and allow them to get behind an industry, powerfully.

You Heard it Here 1st

The Leafbuyer (LBUY) business model is proven in several industries and with (LBUY)’s steady revenue and growth it could just be a matter of time before this small-cap stock takes its seemingly rightful place with large-cap companies like (NASDAQ: BKNG) on the Nasdaq.

Pursuant to an agreement between MIDAM VENTURES, LLC an affiliate of MAPH Enterprises, LLC owner of MarijuanaStocks.com and Leafbuyer Technologies, Inc, we were hired for a period from 2/2/2018 – 5/2/2018 NOW EXTENDED TO 10/2/2018 to publicly disseminate information about (LBUY) including on the Website and other media including Facebook and Twitter. We are being paid $100,000 (CASH) for & were paid “77,000” shares of restricted common shares. We own zero shares of (LBUY), which we purchased in the open market. Once the (6) Six-month restriction is complete on 8/2/2018 we plan to sell the “77,000” shares of (LBUY) that we hold currently in restricted form during the time the Website and/or Facebook and Twitter Information recommends that investors or visitors to the website purchase without further notice to you. We may buy or sell additional shares of (LBUY) in the open market at any time, including before, during or after the Website and Information, provide public dissemination of favorable Information. Full Disclaimer Here