Home Can Pot Stocks Withstand Another Four Years Of Trump?

Can Pot Stocks Withstand Another Four Years Of Trump?

The cannabis industry has been one of the fastest-growing markets over the past five years. With the coronavirus causing massive volatility around the world’s markets, many are wondering what pot stocks will do in the next few years. A lot of future predictions are predicated on Trump potentially winning the presidency. Although it is still anyone’s guess as to what will happen, it’s worth considering what another four years of Trump will do to the cannabis market.

During the four years from 2014 to 2018, we saw the cannabis industry more than triple to over $11 billion. In the same time, the massive growth helped to highlight a lot of the issues with the marijuana market. Many of these issues (at least in the U.S.) stem from the federal government refusing to interfere with the cannabis market. Analysts have stated that there needs to be a high level of reform at the federal level in order for the industry to flourish to its greatest extent.

For those who don’t know, cannabis is still considered to be a Schedule I narcotic as far as the U.S. government is concerned. This means that they believe cannabis has a high potential for abuse as well as no medicinal value. Both of these are untrue and are hotly contested issues among the cannabis world. Despite this, there are 33 states in the country that have legalized the use of medicinal cannabis with 11 allowing recreational marijuana. In addition to this, the vast majority of the public have stated that they are in favor of cannabis being legalized nationally. So with so much support, why has nothing changed?

Well, the short answer is that President Trump has decided to let states have their choice. And this sounds all well and good until we realize there are some real issues with cannabis being illegal federally. Some of the issues include banking and access to banking services. This has meant that many cannabis companies are forced to do business in cash leading to potentially unsafe situations. It is clear that the scheduling of cannabis is a great problem in our country. But, with four more years of Trump, this may not get any easier.

What Is President Trump’s Stance on Pot Stocks

Right now, the primary concern of the President and the world is fighting coronavirus. Once this is over, the focus may begin to be shifted back toward the less pressing issues such as healthcare and marijuana legalization. If we look at the past four years, we see that Trump has done little to solve the cannabis scheduling issue. Trump has stated that he is in favor of letting states choose, but that as stated before, has put the industry in a very difficult position. Many have stated that four more years of Trump means four more years of not moving forward with cannabis reform. 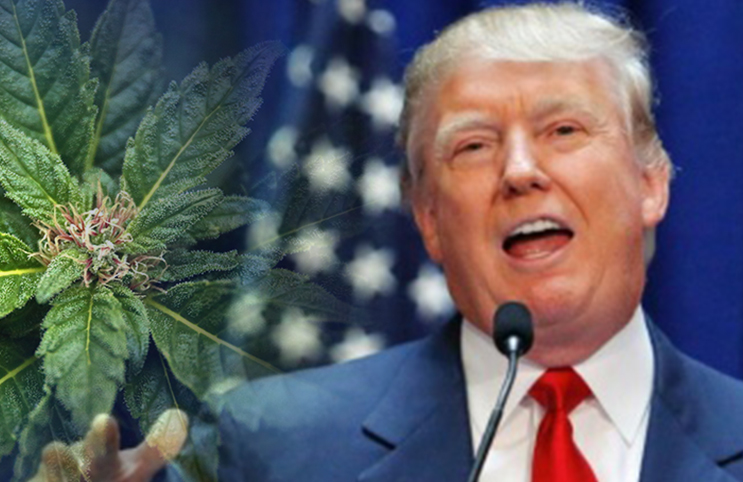 While there were some Obama era pieces of legislation that helped states to have a better grasp on their cannabis industry’s, much of that is now gone. Trump has stated that he does not have any interest in shifting the federal government’s stance on cannabis reform. Well, he may be a positive for cannabis stocks, the marijuana industry at large will undoubtedly have four more years of trouble if President Trump is reelected.