Home 3 Marijuana Stocks To Watch This Week, The Battle For The Top Spot

3 Marijuana Stocks To Watch This Week, The Battle For The Top Spot

Which Of These 3 Top Marijuana Stock To Watch Are The Best Buy?

As marijuana stocks continue to fight to see reach better market levels some have sustained a decent position. May has shown its self to be a volatile month so far. At the start of the month, marijuana stocks didn’t exactly start with a boost in trading. Yet part of the second week small upticks started to occur before dropping once more. However, even with this up and down trading in May, some feel it’s a fair amount of action that has happened. Especially over the last several months as the market has been facing a big downward push in trading.

Currently from the close on Friday of last week, some marijuana stocks have once again started to rise in trading. Some of this recent momentum can be partly attributed to cannabis companies releasing positive earnings. At times when a cannabis company announces positive financial results, it can resonate well amongst other cannabis stocks. Now even with a long downtrend period, there were some pros to the cannabis sector dropping. For one being able to invest in the top marijuana stocks at a cheaper price is a start.

Next, it gave others a chance to short certain companies. But the some feel the real value will come from buying low and waiting to sell high. Right now many investors are remaining cautious due to the uncertainty of the sector. Unfortunately, it’s been a while since the sector has been able to sustain a decent upward push without falling below a certain market level. As the marijuana stocks continue to battle for the high ground in the market the goal is to see consistent upward trading. The cannabis stocks below are examples of companies that may see better trading this month.

Green Thumb Industries Inc. has been hard at work for quite some time. Recently the company has opened up a new Cookies location on the Las Vegas strip. The progress and innovation of Green Thumb have only been matched by few other cannabis companies.

In the company’s recent Q1 2021 earnings report Green Thumb reported an increase in revenue of 9.7% sequentially and 89.5% year-over-year to $194.4 million. Not only that the company has also managed to see its fifth consecutive quarter of positive cash flow from operations, delivering $39.7 million. 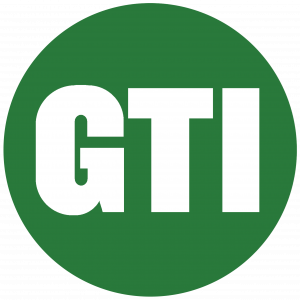 Over the last month, GTBIF stock has been working to push back up in the market. The first few weeks of May it seemed like GTBIF stock was starting to see a bit of recovery but eventually, the company fell. Yet in recent trading once again GTBIF stock is on the move as a bit of upward trading is taking place.

Shareholders are hoping that this rise in trading will continue this week. Yet as mentioned above it’s hard to know for sure if this uptick with continue. Especially with how the sector has performed since mid-February.

[Read More] Should These Top Marijuana Stocks Be On Your Watchlist In May?

Trulieve Cannabis Corp. is another cannabis stock to watch that is looked at as a top marijuana company. In Trulieve’s most recent financial report the company continues to push the envelope with record-breaking Q1 2021 earnings. The company produced $60.4 million in cash flows from operations.

Also, Trulieve delivered an Adjusted EBITDA of $90.8 million. Not to mention acquiring Harvest Health & Recreation Inc. which now makes Trulieve Cannabis Corp the largest MSO cannabis company in the world. Looking at TCNNF stock in the last 4 weeks you can see that the company has been slowly building its momentum.

Even with slight dips along the way TCNNF has recently started to show signs of better trading. From February 10th to April 20th TCNNF saw a big drop in trading. However, from the back half of April TCNNF stock has been pulling back up in the market. Yet the big question stands will TCNNF stock be able to keep this rise going the rest of the month.

Curaleaf Holdings Inc. is a bit more of a volatile marijuana stock to watch out for the 2 mentioned above. However, the company is still looked at as another top marijuana stock in the sector. Some investors see this company as a short-term play and others look at CURLF stock as a long-term investment. Looking at the company’s 2021 Q1 results you can see that Curaleaf is making solid progress as a company.

During this time Curaleaf produced a record revenue of $260 million. This accounted for a growth of 170% YoY, above guidance of $250 million to $255 million. Also, Retail revenue grew by 14% sequentially, and 231% YoY, representing 72% of total revenue. Much of this progress has helped CURLF stock see a boost in momentum which has led to better trading.