Home Will Cannabis Be Federally Legal In 2020

Will Cannabis Be Federally Legal In 2020

How Will The Cannabis Industry React To Nation Wide Decriminalization

For those who invest and trade marijuana stocks you know the importance of cannabis legislation. Many people who search for pot stocks to buy legally do so because of legislation. Cannabis legislation helps regulate and run an entire industry. Without laws and regulations, a legal cannabis market doesn’t exist. For instance, marijuana stocks like Charlotte’s Web Holdings (CWBHF Stock Report) and The Supreme Cannabis Company (SPRWF Stock Report) both leverage cannabis laws to run their entire operation. That’s not to say marijuana stocks wouldn’t still be in the market but how the company operates may be a bit different.

Beyond just marijuana stocks an entirely separate side of the industry is running on all cylinders. Back in 2018 when the Farm Bill passed as well as other states going full rec it highlighted a young but thriving industry. This industry relies on the rules and regulations in place to conduct business. For example, to run a legal grow operation or even own a dispensary is dependent upon how each state creates and passes bills to help each state’s cannabis industry. Yet the one thing that would help all things cannabis is federal legalization. Which means taking cannabis down from being labeled a scheduled 1 narcotic. And with Joe Biden and Kamala Harris’s presidential victory, it may finally happen in 2020.

Will Cannabis Be Federally Legal In 2020

Even though cannabis, as it stands today, is still federally illegal things may soon change. Next month Congress will vote on marijuana becoming federal legal. One of the promises made by our new president-elect and female vice president-elect will legalize cannabis on a federal level. House Majority Leader Steny Hoyer (D-MD) mentioned that in the summer of 2021 the chamber would vote on the (MORE) Act. This is also known as the Marijuana Opportunity, Reinvestment, and Expungement Act. 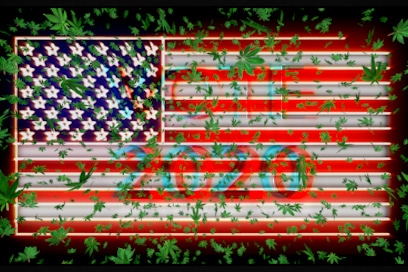 However, currently, that disposition was delayed following pushback from certain politicians. Also, some of those politicians lost their position during the election where voters in Republican states approved cannabis legalization. The MORE Act would remove marijuana from being a Scheduled 1 narcotic. As well it would erase the records of those with prior marijuana charges along with adding a federal 5% tax on sales. The money generated from the 5% federal tax would be used to help neighborhoods that were affected by the drug war.

If passed this new legislation would also present a road for resentencing for those imprisoned for cannabis offenses. As well The MORE Act would protect immigrants from being denied citizenship over cannabis issues. In addition to that, it would prevent federal agencies from denying public benefits or security authorizations. Some say if the bill does pass in the Democratic-controlled chamber there is great doubt that the Senate will have the same outcome. Majority Leader Mitch McConnell is a leader of the hemp industry but staunchly rejects the progression of marijuana reform.

A representative, from NORML, stated that the organization looks forward “to working with House leadership to ensure the success of the first-ever vote to end marijuana on the floor of a chamber of Congress.”

At one point in time, Joe Biden’s prior stance to cannabis was a negative one. Biden was for allowing anti-drug legislation as a senator. Also his ongoing obstinance on marijuana legalization during a time when consensuses show that many Americans are in favor of cannabis reform. Yet there remains some uncertainty about his readiness to make good on his campaign commitments to prioritize cannabis decriminalization as he told the people. However, the president-elect has acknowledged that his work on punitive anti-drug legislation was a “mistake.”

Marijuana Stocks And A New Cannabis Industry Is Upon Us

With much in the works for cannabis reform, 2021 may be a promising year. Not just for marijuana stocks but the entire cannabis industry. The more states that pass legal cannabis measures mean more opportunity. And more opportunities means more companies expanding in different states. This would give hope that on the back end of that cannabis prohibition will end. Some have said that if the nation federally legalizes cannabis it may cause an uptick for marijuana stocks. With proper cannabis reform closer than ever investors and agriculturists all await to see what turn of events take place.