Home Why Is Banking Still An Issue In The Cannabis Industry?

Why Is Banking Still An Issue In The Cannabis Industry?

Banking is one of the most hotly debated issues amongst marijuana stocks and in the cannabis industry. While the issue mostly pertains to the U.S. cannabis industry, other markets and pot stocks located outside the U.S., also have a reason to want proper banking laws. Recently, the coronavirus has helped to highlight just why this is so important. During the past few months, the demand for cannabis has shot up right alongside the number of statewide shutdowns. This is simply because more people are inside, and therefore more people are using cannabis. But, with this increasing demand, many states have chosen to make cannabis an essential service during this time.

Although they are considered essential, the federal government has yet to see the importance of the cannabis industry and therefore has not put any permanent banking laws in place. In April of this year, Florida reported selling over 120,000 ounces of cannabis. This number represents a more than 50% increase over the month of January. In addition, many leading marijuana stocks have actually opened new locations in the state since the shutdown began. But, it is extremely clear that federal banking laws continue to go against what states and the people want.

The Cannabis Industry And The Problem With U.S. Banking Laws

Since the age of the arguably failed War on Drugs, laws regarding cannabis have been extremely harsh. More people than ever were wrongly convicted for non-violent marijuana-related offenses. And despite marijuana being legal in the majority of states in the U.S. (either recreationally or medicinally), the incarcerated continue to do their time. But, many leading cannabis stocks and smaller cannabis companies have had an extremely tough time operating in the U.S. Because of the Schedule I standing of cannabis, banks are not allowed to touch money from companies that sell it or even have anything to do with it. 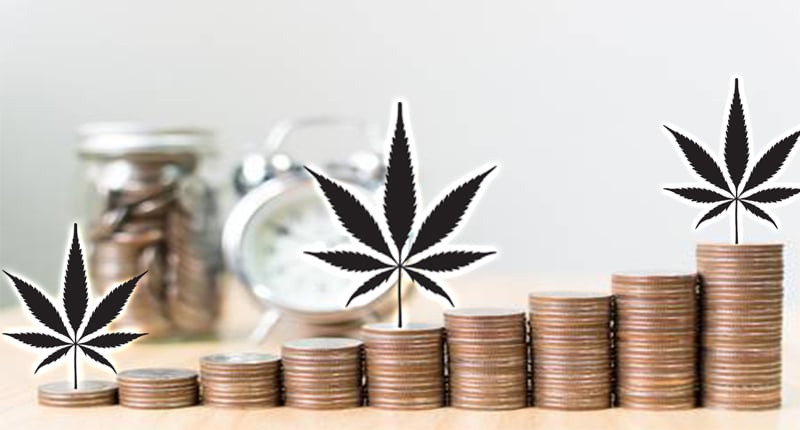 This has made cannabis dispensaries operate mostly in cash, creating an extremely dangerous situation for all of those involved. Despite the essential standing of these businesses, they are treated with complete disregard from the federal government. In addition to having to operate in cash, many of these companies are unable to receive loans, have bank accounts, or other access to banking services. This has made it extremely difficult for the cannabis industry to grow or flourish despite massive sales and widespread success.

Is Anything Changing for the Cannabis Industry?

With loads of money being sent out to businesses as part of the federal recovery assistance program, cannabis companies seem to be exempt from receiving these funds. Although cannabis is one of the most intensely regulated industries in the country, it continues to be shunned by the feds. A new law known as the Secure and Fair Enforcement Banking Act of 2019, is waiting to be passed by the Senate after being approved by the House of Representatives.

The law would effectively make it so that federal institutions would not be penalized for working with cannabis companies. This banking act is incredibly necessary to the future of the U.S. cannabis industry and continues to wait in the hands of the feds. Of course, if this passes it will be a major opportunity for growth in the cannabis industry. But for now, all we can do is wait and hope that things move quickly.