Home What the Price of Cannabis Says About Marijuana Stocks

What the Price of Cannabis Says About Marijuana Stocks

The price of marijuana can be a very intelligible indicator as to how the market will respond to new trends. As legal markets have gone into place in the U.S., Canada and around the world, we are quickly seeing just how volatile the prices of pure marijuana can be. The main focus of this price change has been seen throughout the Canadian industry due to how long it has been around, and the revolutionary aspect of their nationwide recreational cannabis industry. Some predictions have shown that cannabis in Canada could reach as much as $5 billion now that the market is legal, but how will marijuana prices affect that number?

One of the largest shifts in the history of marijuana came on October 17th, as Canada became the first G7 nation to legalize the use of recreational cannabis nationwide. As this occurred, many companies quickly saw their potential skyrocket for the future. Businesses quickly began to see the idea of export and mass growing operations become realistic, and two months in it is just as high in potential as it was when it started.

The past few months have seen some of the largest companies in the industry give their reports on quarterly numbers. Most of the sales reports showed that these numbers skyrocket as expected given the inherently large market domestically. Despite this, some worries have arisen as to what the price and whether or not it is falling, will do to the market.

A perfect example of this comes from the company Tilray (NASDAQ:TLRY). Tilray saw their stock price shoot up by double digit percentages in a short period of time hitting nearly $300 in mid September. During that period, the company reported that their per gram price of cannabis dropped by around 10%. The company stated that their massive increase in bulk sales of cannabis is the main reason for their overall decline in price. Since that time, we have seen Tilray’s price retreat back to a more reasonable number, but of course there are other factors in play here.

The Green Organic Dutchman (TGOD) is quickly becoming one of the largest growers of cannabis in the world. One of the best ways that they have fought this price dropping has been through the production of extremely high quality organic cannabis. While most companies are going for sheer volume as far as the consumer is concerned, TGOD is working to produce mass quantities of the highest quality cannabis available. TGOD has seen large amounts of success doing so, and has since become an example of how a company producing hundreds of thousands of kilograms of cannabis, can still maintain a predictable profit.

One of the other big players in the industry, Cronos Group (NASDAQ:CRON), reported a similar statement to Tilray during the beginning of November. The company reported a 9% drop in the price of their cannabis to around CA$7.32 from around CA$0.70 more earlier in the year.

All of this however is to be expected as the market continues to learn from its infancy. The only solution to this is simply the time it will take to watch cannabis mature overall. In the next few years, we will hopefully see more stability and a better idea of where prices will be. 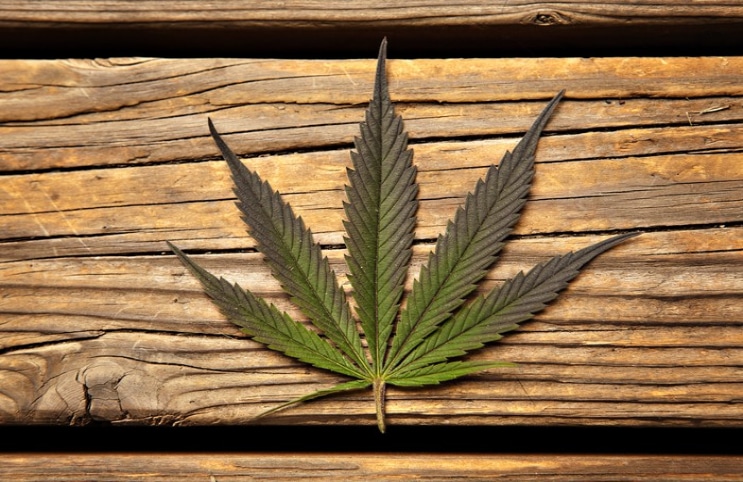 Pursuant to an agreement between an affiliate of MAPH Enterprises, LLC (owners of MarijuanaStocks.com), Midam Ventures LLC and The Green Organic Dutchman, Midam is being paid $20,000 per month for a period beginning July 30, 2018, and ending July 30, 2019. We may buy or sell additional shares of (TGODF/TGOD) in the open market at any time, including before, during or after the Website and Information, to provide public dissemination of favorable Information about The Green Organic Dutchman. The principles of MAPH participated in the IPO for The Green Organic Dutchman Holdings, Ltd. (TGOD) & own a collective 193,797 free trading shares & 9,725 warrants. The principals of MAPH intend to sell their positions in (TGOD) for profit. MAPH nor any of its principals have been compensated for any material related to (TGOD). As of November 13, 2018 a member of MAPH Enterprises LLC holds freely trading 231,300 shares and 150,000 warrants of The Green Organic Dutchman (TGODF) purchased in the open market. These may be sold at any point. This disclaimer will be updated at such time. Click here for full disclaimer

With June comes a new month of potential for marijuana stocks. Although…

According to the Detroit Free Press, even before full legalization, marijuana is…