The 2020 Election Season Brings Potential to the Cannabis Industry

In 2020, we have seen the image of the cannabis industry change drastically in the eyes of the public. After Covid hit, many states decided to make marijuana businesses essential. This led to cannabis demand shooting up around the country. And with so many people using marijuana, many believe that the election season could bring massive potential to the cannabis industry. Of course, cannabis legislation is a bipartisan issue, meaning that there will be a fight between parties in this regard. But, both presidential candidates know that the vast majority of the public supports marijuana being legalized.

Because of this, it seems more and more likely that marijuana legislation will change in the near future. While this will affect small pot stocks like Fire & Flower Holdings Corp. (OTC:FFLWF) and Flowr Corp. (OTC:FLWPF), it will mostly affect large marijuana stocks like Cronos Group Inc. (NASDAQ:CRON) and Aurora Cannabis Inc. (NYSE:ACB). In the U.S., companies like MedMen Enterprises Inc. (OTC:MMNFF) have a solid chance at growth if all things go according to plan. Because this election matters so much to the cannabis industry, let’s take a closer look at the ramifications of November 2020.

The Battle for Marijuana Stocks Stands With the Feds

As November comes along, there are several things that could change the future of the cannabis industry. For one, several states have cannabis legalization on the ballot. In the past, these legislative efforts have mostly been positive. But, only time will tell when election season comes around. One of the positives that the industry has going for it is the massive growth that has occurred in the past few months. Since Covid, many marijuana stocks have reported earnings at higher rates than expected. This means that the potential for these companies to bring tax revenue to the U.S. government, is higher than ever before.

While many believe that the president has final say in the cannabis industry, it truly comes down to Congress. It is worth noting that both presidential candidates have a mostly neutral stance on the issue. We have seen Trump’s efforts to pause industry growth such as with the appointment of Attorney General Jeff Sessions. With Biden, his history of opposing marijuana is quite apparent. However, many believe that the importance of cannabis law will make both candidates think twice about their stances on the issue. If this is the case, marijuana stocks may be in good hands moving forward.

What is the Best Trajectory For The Cannabis Industry This November? 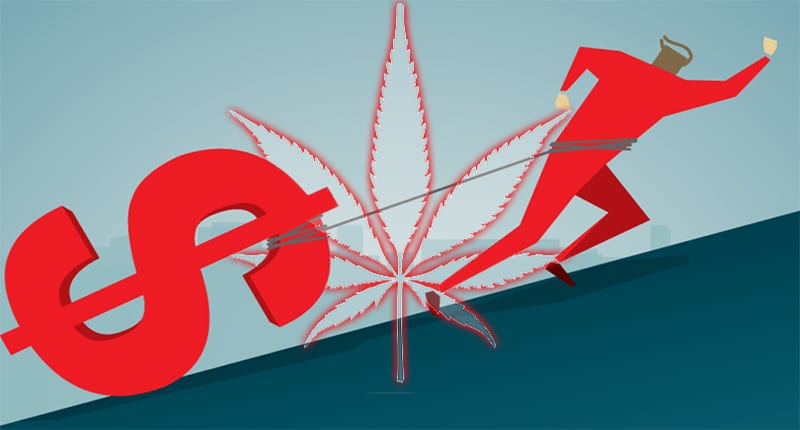 On the other side, the STATES Act would allow states full accessibility to control their own cannabis industries leading to more potential success than ever before. Whatever happens this election season, we can only hope that it will be positive for the cannabis industry. With investors and consumers both wanting marijuana laws to change, November is an increasingly important month to be aware of.

Are These The Best Way To Invest In The Cannabis Industry