Home What Caused This Marijuana Stock To Miss Its Q3 Target

What Caused This Marijuana Stock To Miss Its Q3 Target

In the last few years, marijuana stock to watch Charlotte’s Web Holdings (CWBHF Stock Report) has shown solid growth in the cannabis industry. When there CBD products hit the market in the US Charlotte’s Web benefited greatly from the CBD surge. However most thought that following the legalization of hemp this past year that the company would make significant strides. However, that has not been the case as it seems to have regressed as evidenced by Q3 results 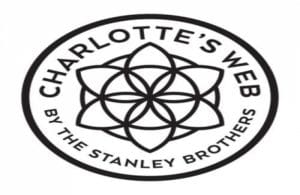 Now that CBD products are popular one could expect the company’s sales to surge. Relative to last year this pot stock reported growth in sales after announcing a 42% growth in revenue in the quarter to $25.1 million. Although there was growth in revenue it missed on average analyst forecast of $32.5 million. Equally, quart-over quarter growth was insignificant considering in Q2 the company reported revenue of $25 million.

The company has been delivering uninspiring quarterly results in two of the past three quarters. This is a huge concern for Charlotte’s Web considering it has almost doubled its retail locations this year.

Rich Mohr the CFO of the company indicated that they expected to grow revenue at a faster rate compared to operating costs in the second half of the year. This was encouraging since the company had reported a decline in earnings in the second quarter.

However, the CFO’s projection failed in the third quarter after the company reported a net loss of $1.3 million or $0.01 per share. Analysts had expected a net profit of $0.05 per share. The company moved in the opposite direction as per the prediction of Mohr with operating expenses almost doubling compared to last year.

The company had previously expected FY2019 revenue to range from$120 million to $170 million. Charlotte’s Web has lowered its guidance and now expects revenue to be between $95 million and $100 million. Deanie Elsner the CEO of Charlotte indicated that the company will sustain a growth rate of 40% to 50% in 2020 but after falling short this year one might wonder if that is attainable.

While the coronavirus has wreaked havoc on world markets, it has done…

As of midday on April 2nd, marijuana stocks have so far had…