Home This Marijuana Stock Is Making Moves In The CBD Market

This Marijuana Stock Is Making Moves In The CBD Market

Over the past year or so, some marijuana stocks have grown quite rapidly and Cronos Group Inc. (TSX:CRON) (NASDAQ:CRON) could be at the top of the marijuana stock to watch list. It is now one of the biggest companies in the marijuana industry. The growth of this marijuana stock has been through canny acquisitions that have allowed the company to expand operations

In a new development, Cronos Group made another key acquisition on Friday. After Cronos Group announced that it had managed to acquire four separate subsidiaries. Which that belongs to Redwood Holdings Group. Redwood is a private company based in the United States. In this transaction, Cronos will become the new owners of the Lord Jones brand.

The total value of the deal is worth $300 million. Out of the $300 million this Canadian marijuana stock is going to pay out $225 million cash and the rest in stock. According to reports, the $225 million is going to be paid out of the company’s own cash pile. In its latest quarter, the company revealed that its short term investments, as well as cash in hand, totaled $1.8 billion.

The Growth Of  A Marijuana Stock

Cronos believes that the expertise of the company in the industry as a whole will help it in taking the products made by Redwood subsidiaries to a much wider consumer base and the company said as much in its statement. It went on to add that currently there is a lot of demand for beauty products that are laced with CBD. Lord Jones is, without a doubt, the biggest coup for this marijuana stock and since its establishment in 2017, the brand has grown into a highly popular one. It manufactures balms, oil and bath salts among others and all those products have become quite popular. 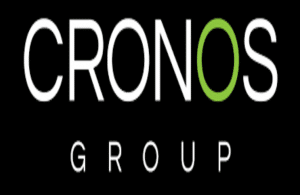