Home Marijuana Stock To Watch for the Second Week of August

Marijuana Stock To Watch for the Second Week of August

The cannabis market has remained incredibly lucrative for some time now, but new additions to the legislation within the market as well as the changing public sentiment, have all contributed to the market growing with a massive amount of propensity toward the future. Several stocks have been peaking the interest of investors as many companies begin to enter the market on cannabis.

The first stock on the list is Aphria (NASDAQOTH:APHQF). This should come as no surprise as Aphria has been at the forefront of growth in the cannabis industry for some time now, and is constantly hailed as one of the largest companies in the industry as a whole. Aphria has largely been one of the main picks for investors looking to get into this market due to its sheer size, but should that give it as much credibility as it has? The company announced their Q4 results on August 1st, but they were slightly less than expected. According to one report “Aphria’s year-over-year revenue growth of 110% stemmed primarily from its acquisition of Broken Coast earlier this year. But that same acquisition gives the company more capacity to meet the demand that’s on the way when Canada’s legal recreational marijuana market opens in October. With its other expansion efforts on top of the acquisitions that it’s made, Aphria anticipates an annual production capacity of 255,000 kilograms next year.” This large growing capacity has made Aphria one of the top stock choices for investors to pick for the long term period of the next few years.

Next on the list is the company Leafbuyer Technologies Inc. (LBUY). Leafbuyer has been in investors eyes for some time now as they continue to make headlines within the market. The company has shown sales growth of over 50% from their fourth quarter last year until the same time this year. This type of growth may be normal in the cannabis space, but it is quite unprecedented across other markets. John Valle, the director of sales for Leafbuyer stated that “Expansion plans started 9 months ago in Oregon, Washington, California, Nevada, and Arizona, and we are capitalizing on those markets.” Companies in the cannabis space have been working to move onto other markets as the potential for growth in these individual hearths is even greater than working solely in the domestic field.

The cannabis market as a whole has continued to present a large amount of opportunity to investors for some time now, but much of the gains seem as though they have been yet to be realized. The hopes are high that over the course of the next few years, companies and their respective stocks will be able to reach their full potential. 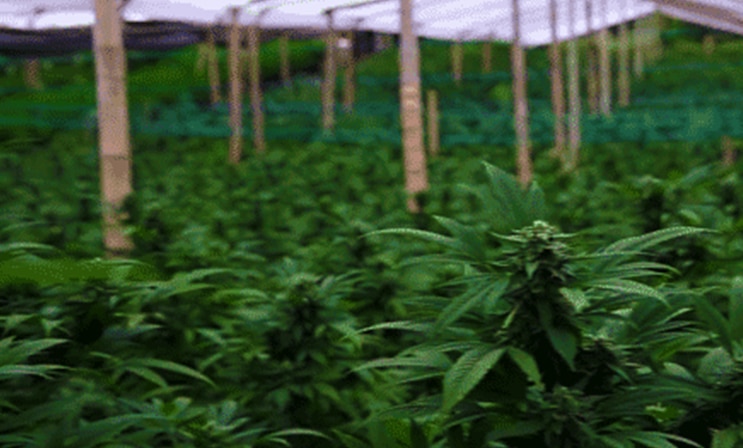 Pursuant to an agreement between MIDAM VENTURES, LLC an affiliate of MAPH Enterprises, LLC owner of MarijuanaStocks.com and Leafbuyer Technologies, Inc, we were hired for a period from 2/2/2018 – 5/2/2018 NOW EXTENDED TO 10/2/2018 to publicly disseminate information about (LBUY) including on the Website and other media including Facebook and Twitter. We are being paid $100,000 ( CASH) for & were paid “77,000” shares of restricted common shares. We own zero shares of (LBUY), which we purchased in the open market. Once the (6) Six month restriction is complete on 8/2/2018 we plan to sell the “77,000” shares of (LBUY) that we hold currently in restricted form during the time the Website and/or Facebook and Twitter Information recommends that investors or visitors to the website purchase without further notice to you. We may buy or sell additional shares of (LBUY) in the open market at any time, including before, during or after the Website and Information, provide public dissemination of favorable Information.