Home The SAFE Act Passes The House Once More

The SAFE Act Passes The House Once More

It’s official for the fourth time The U.S. House of Representatives has passed the SAFE Banking Act. Yesterday the House adopted a bill that would protect financial institutions from facing federal penalties that work with cannabis businesses. Early Monday afternoon members of the House pushed through the SAFE Act with a 321-101 victory.

This piece of cannabis banking legislation was reintroduced by Rep. Ed Perlmutter. With this bill came a large bipartisan list of cosponsors who back in March were taken up under a process known as suspension of the rules. What this does is not allow for revisions and requires a 2/3rd supermajority to pass.

“The fact is that people in states and localities across the country are voting to approve some level of cannabis use, and we need these cannabis businesses and employees to have access to checking accounts, payroll accounts, lines of credit, credit cards and more,” Perlmutter said on the House floor. “This will improve transparency and accountability, and help law enforcement root out illegal transactions to prevent tax evasion, money laundering, and other white-collar crime. But most importantly, this will reduce the risk of violent crime in our communities.”

Due to cannabis businesses being restricted from having the access to traditional banks it forces them to run their business on a mostly cash-only operation. Having an all-cash business makes them subject to face crime-related activity such as violence or theft. For that reason alone causes concern for advocates, regulators, and banking representatives.

What Will Come Of The SAFE Banking Act For The Industry

“Even if you are opposed to the legalization of cannabis, you should support this bill,” Perlmutter added. “American voters have spoken and continue to speak—and the fact is, you can’t put the genie back in the bottle. Prohibition is over.”

“I appreciate us being at this point—a critical first step along the path to full legalization, which I’m confident will happen this Congress, and not a moment too soon,” the congressman said. 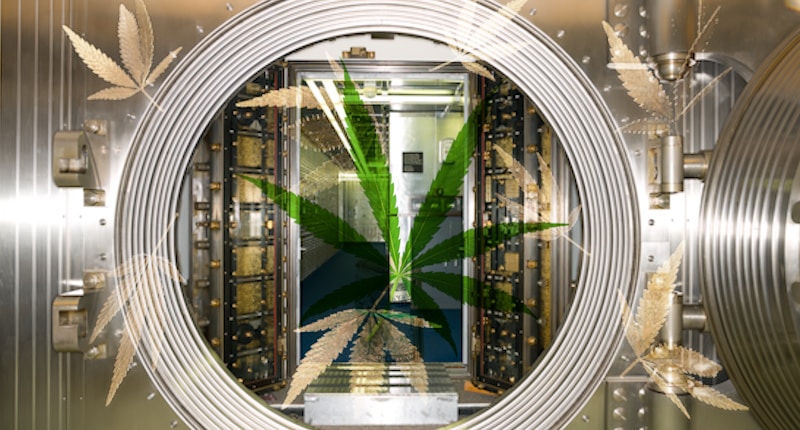 Rep. Patrick McHenry spoke in opposition to the legislation, stating that “regardless of your position on this bill, I do think the fact remains that cannabis is a prohibited substance under Schedule I of the Controlled Substances Act—and let me further state, by enacting this legislation, we’re effectively kneecapping law enforcement and legalizing money laundering.”

Yet in a symbol of the bipartisan character of this cannabis banking bill, Rep. David Joyce used his time on the floor to take up for the legislation. He said, “I’m proud to help lead this common sense and overdue effort.”

“At a time when small businesses are just beginning to recover from the economic destruction caused by COVID-19, the federal government should be supporting them, not standing in their way,” he stated.

McHenry was single-handedly the only legislator to stand in opposition to the bill on the floor. He also yielded all additional opposition time to other Republican members who in their own way voiced their support of it.

Is It Off To The Senate For The Cannabis Banking Bill?

Moments prior to the debate that started on Monday, the governors of 20 states and one U.S. territory expressed their stance behind this bill. As well more support was found from the banker’s associations representing every state in the country. Also an alliance of state treasurers—forwarded letters to House leadership, revealing support for the piece of cannabis banking legislation. 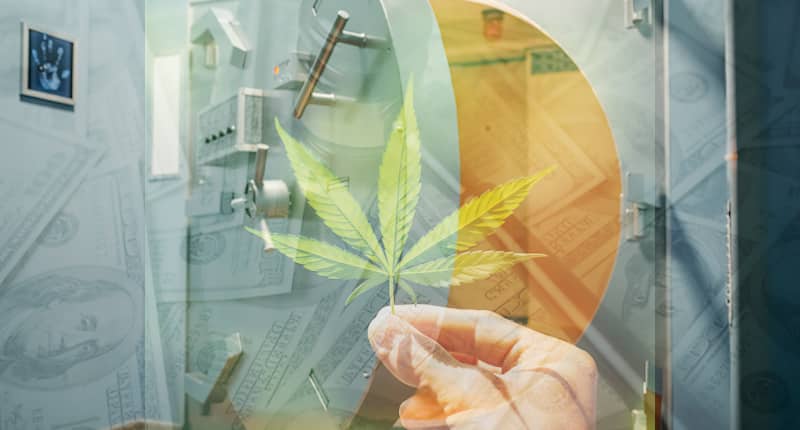 The reintroduction of the SAFE Act makes the fourth time this bill has been passed by the House. Congressmen approved this legislation as a standalone bill 2 years ago. In addition to 2019, there have been two more times the bill tried to advance. One time being as part of coronavirus relief legislation. However, the bill was not able to become law as the measure did not move forward in the Senate under Republican control the last session.

Now in 2021 with cannabis legislation finding more support. This backing has come from advocates and industry stakeholders who feel this bill will pass in the Senate. As of now, the Democrats are now the majority of both chambers. Furthermore, the White House, anticipates that the SAFE Act will see its way through the Senate. Once that happens the industry awaits the signature of the President

Top Cannabis Stocks To Watch For Long Term Investing In 2022

Are These Penny Stocks On Your Watchlist Right Now?

2 Marijuana Stocks For Next Years Watchlist