Will States With Legal Cannabis Be Protected In This Spending Bill?
Total
1
Shares
Share 1
Tweet 0
Pin it 0

A collection of congressional legislators are urging House leaders to include cannabis provisions in a spending bill. These provisions would defend states and areas from federal penalties. The House Appropriations Committee leadership was sent a letter earlier this week. Lawmakers emphasized that language should be added to prevent the use of Justice Department funds. Meaning money should not be used “to prosecute those who are in compliance with their state-legal or tribal-legal adult-use marijuana laws.”

Reps. Earl Blumenauer, Tom McClintock, Eleanor Holmes Norton, and Barbara Lee signed their names on the letter. Earlier in 2021, the group disseminated a previous sign-on letter to increase assistance for the cannabis amendments.

“Most of [the state-level legalization laws in effect] were decided by the voters directly through ballot initiatives,” the new letter states. “We believe that the federal government should not interfere with these programs and the will of the voters of these states.”

“None of the funds made available by this Act to the Department of Justice may be used, with respect to any of the States, the District of Columbia, or U.S. territories to prevent any of them from implementing their own laws that authorize the use, distribution, possession, or cultivation of marijuana.”

Further, “as states increasingly establish state-legal marijuana programs, tribes continue to face uncertainty with respect to federal guidance on marijuana,” the lawmakers wrote. “The federal government should provide clarity and respect the sovereignty and will of Indian tribes should they choose to enact marijuana laws in the same way that most states have.”

“None of the funds made available by this Act to the Department of Justice may be used to prevent any Indian tribe (as such term is defined in section 4 of the Indian Self Determination and Education Assistance Act (25 U.S.C. 5304)) from enacting or implementing tribal laws that authorize the use, distribution, possession, or cultivation of marijuana.”

Revisions that were made with those stipulations were made for a purpose. The amendments were done so floor votes by the House Rules Committee in July. Which was for the Commerce, Justice, Science, and Related Agencies funding package. However that that spending bill has yet to be taken up on the floor. This was a result of disputes on other, unrelated law enforcement requirements. 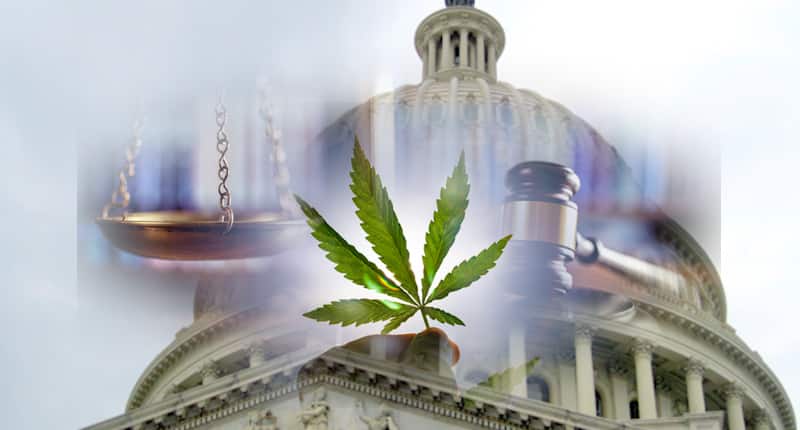 The cannabis language has been introduced in prior sessions as well which was approved by the House in 2020 and 2019. Although it was not connected to a final spending bill sent to the president’s desk. Which at the time was under GOP control of the Senate. Currently, the Democrats have a small bulk in that chamber. As of now, advocates have a glass half full perspective that it could finally be passed.

“Given the successful track record of passing the amendment in a bipartisan fashion, it would be wholly appropriate and reasonable for the House to include the effort in its final appropriations package,” Justin Strekal, political director of NORML, told Marijuana Moment. “Now is the time to stop playing politics and enact this measure to codify protections for state-legal cannabis programs to grow and thrive.”

Currently, a more conservative spending bill rider has been renewed every year since 2014. This bill would provide protection to states that have legalized medical marijuana. Four legislators are asking for a particular language with their new letter. The language would extend that protection at a time when an increased number of states are voting to legalize marijuana for adult use.

In July, the House approved a package of spending legislation that contains measures to provide protections for banks that work with state-legal cannabis businesses and allow the legalization of marijuana sales in Washington, D.C., among many other drug policy provisions. 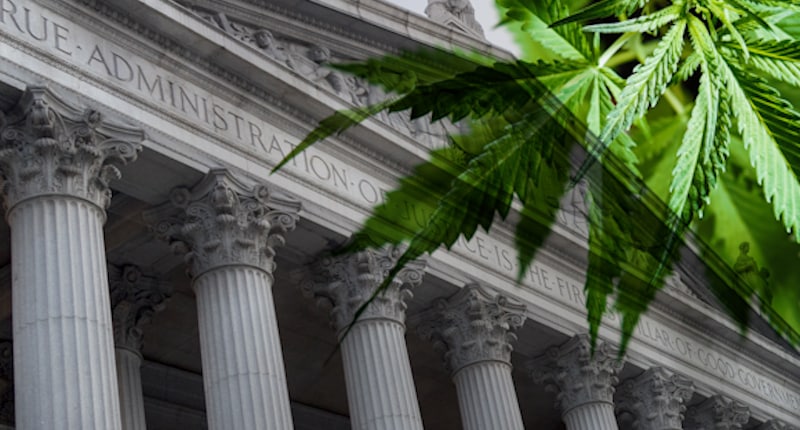 The appropriations legislation and attached reports also direct federal government agencies to reconsider policies. More specifically policies that terminate workers for using cannabis that is in compliance with state law. As well as scrutinize confining hemp ordinances, and encourage CBD to be allowed in foods. In addition to urging further and bigger research on marijuana and other substances.

Independently, the House in September approved a marijuana banking reform amendment. This measure was attached to a large-scale defense spending legislation. 24 governors mailed a letter to the heads of Congress this past Tuesday. The group of governors asked for the bill to be passed through that vehicle. But it’s yet no action has taken place on whether the Senate will follow suit.

The medical cannabis industry is rapidly growing in New Mexico, ironically, the…

4 ways cannabis is good for your brain — and may save…

Federal Loans Should Be Made Available To Marijuana Businesses