Home Is Florida Getting Closer to Fully Legalizing Marijuana?

Is Florida Getting Closer to Fully Legalizing Marijuana?

The marijuana market has seen a large amount of advancements in the past few months. Much of this has been in the form of new laws going into place as well as the shifting opinion of the public. All of this has led to the most advanced marijuana market that we have ever seen.

Florida has quickly become one of the most exciting marijuana markets to watch of the modern day. With the substance only currently being legalized for medicinal use, it seems as though we may still be a long way from fully legalized cannabis. Activists in the state have continuously shown their support for legalizing weed which means we are that much closer to it potentially happening.

Recently, the advocacy group known as Regulate Florida stated that they have almost 80,000 signatures on a petition to be reviewed by the Supreme Court in the state. The organization stated that “we have a long way to go to get it on the ballot, but we will get it done together. Today is the first victory of many to come.”

The next step is for the Supreme Court in the state to review how the ballot works, and how they will begin to regulate the substance. The good news is that there are a lot of examples on how this can be done. Given so many states in the U.S. have already been able to legalize cannabis, one would think that they could use the other states as a way to lead their own.

A Marijuana Stock to Watch for the Florida Market

Trulieve Cannabis (NASDAQOTH:TCNNF) is one of the leading marijuana stocks in the state. The company recently announced that they have opened their 22nd dispensary with large plans to open more. According to one report, the company sells as much as 80% of the states overall marijuana volume. With almost 200,000 patients relying on the company, they have quite a large market to answer to.

Of course, we have to consider that the industry is still very much in its infant stages. With recreational marijuana potentially on the way, it seems as though Trulieve Cannabis could become even larger in the near future. The company has a large amount of dispensaries as well as delivery services.

With these, they are able to put out a large quantity of products onto the open market. The company continues to remain a marijuana stock to watch. With pot stocks headed so high around the country, this cannabis stock shows just how dominant they could become if the future continues to be kind to cannabis. 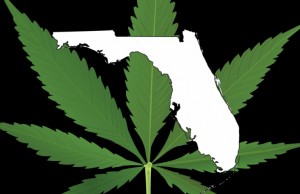