Home Congress Is Working To Protect All Legal Cannabis States

Congress Is Working To Protect All Legal Cannabis States

States With Legal Cannabis Are Finding Protection From Congressional Legislators

A revised measure has now surfaced to protect all states and tribal programs from federal penalties. This new bill has 15 cosponsors following its bipartisan advocates spreading a letter to develop support this week Yet a Republican who stands in opposition to cannabis reform, is pushing a dueling proposal. This push is to rid a more modest, longstanding rider that’s implemented defense for medical cannabis states alone.

The pro-reform amendment which may get a vote on the House floor next week is being managed by several political figures. These politicians are Earl Blumenauer, Tom McClintock, Eleanor Holmes Norton, and Barbara Lee. The goal is to connect the proposal to 2022 fiscal year spending legislation for the Commerce. As well as the Justice, Science, and Related Agencies (CJS).

Furthermore, Rep. Doug LaMalfa is taking the unprecedented move of filing a competing measure. This particular bill would stop federal protections for states with medical cannabis legalization. This also includes his own—that have been in place and renewed yearly on a bipartisan basis since 2014.

Now with the Democratic party in control of Congress and the increasingly cross-party nature of support for marijuana reform things may work out overall. With this many, advocates aren’t significantly concerned about LaMalfa’s amendment.

However, the GOP congressman has gained a reputation as a staunch reform opponent. This has gone to the extent of recently knocked down illegal cannabis cultivation sites in California alongside local police. His plan to stop protections for the state’s decades-old medical marijuana program has caused some concern.

What Is Next For Cannabis Reform In The United States

On a different end of the spectrum, legislators who support cannabis reform gave insight in a Dear Colleague letter that was released recently. They went on to say that the appropriations revision they’re proposing would add “language preventing the Department of Justice from using any funds appropriated by Congress to enforce federal laws regarding activities that are legal under state, territorial, or tribal law with regard to marijuana, regardless of whether the marijuana laws are recreational or medicinal.”

This language has been introduced in past sessions as well, passing the House back in 2020 and the year before that. However, it was not added to the final provisions of the bill that was sent to the president’s desk. Now that Democrats have a small bulk in the chamber, supporters are confident that it could finally be passed. 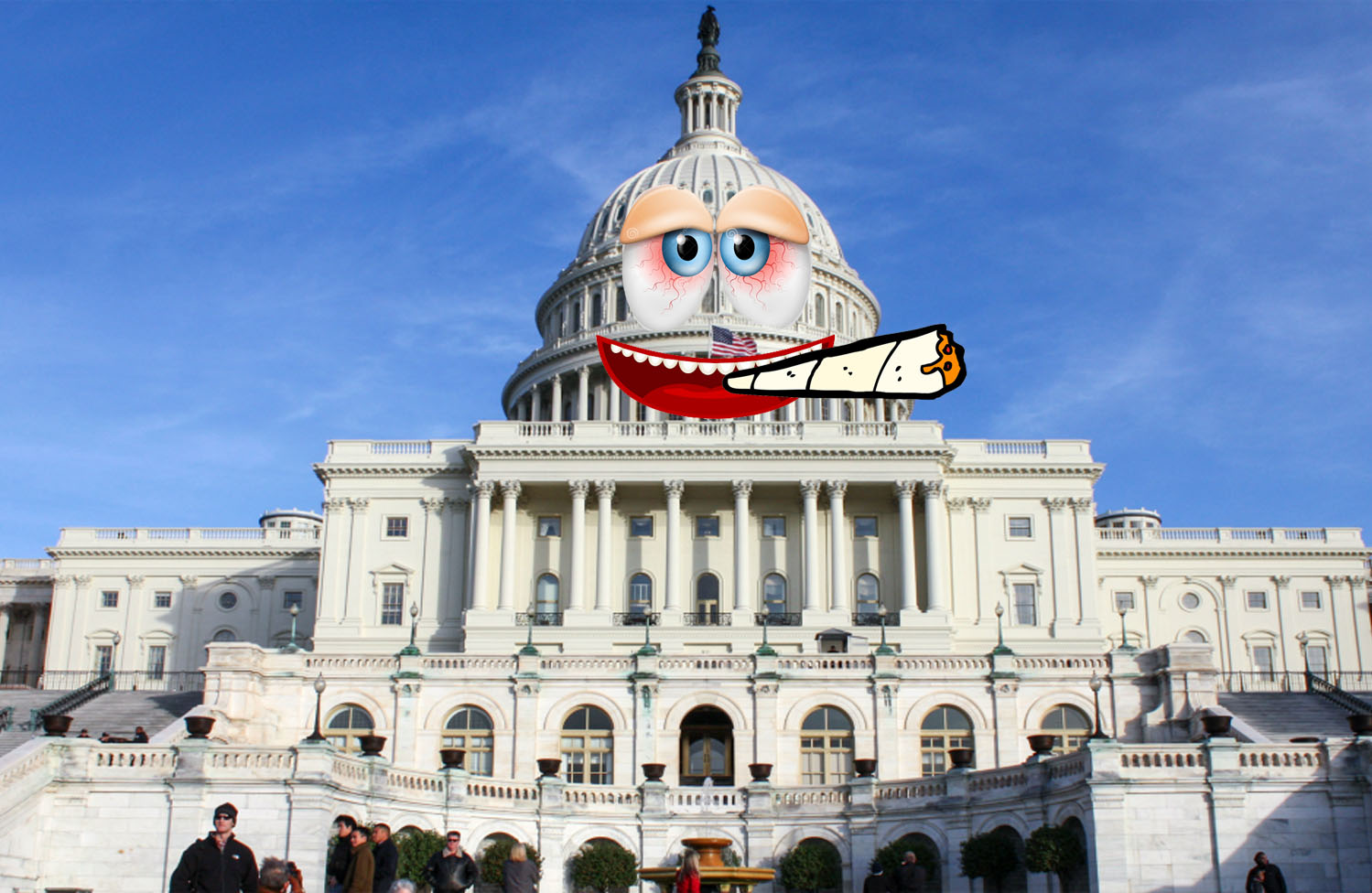 As of right now, the spending bill rider that LaMalfa is working to offer protection only to states with medical cannabis programs. This new more comprehensive revision from reform advocates would expand that protection. This would be happening at a time when more and more states are trying to legalize marijuana for adult use. So far in 2021 four states have gone on to legalize the adult use of cannabis. These states are Connecticut, New Mexico, New York, and Virginia who have legalized cannabis for recreational purposes this year alone.

The Language Of The Suggested Amendment

1 SEC _. None of the funds made available by this Act to the Department of Justice may be used, with respect to any of the States of Alabama, Alaska, Arizona, Arkansas, California, Colorado, Connecticut, Delaware, Florida, Georgia, Hawaii, Illinois, Indiana, Iowa, Kansas, Kentucky, Louisiana, Maine, Maryland, Massachusetts, Michigan, Minnesota, Mississippi, Missouri, Montana, Nebraska, Nevada, New Hampshire, New Jersey, New Mexico, New York, North Carolina, North Dakota, Ohio, Oklahoma, Oregon, Pennsylvania, Rhode Island, South Carolina, South Dakota, Tennessee, Texas, Utah, Vermont, Virginia, Washington, West Virginia, Wisconsin, and Wyoming, or with respect to the District of Columbia, the Commonwealth of the Northern Mariana Islands, Guam, Puerto Rico, or the United States Virgin Islands, to prevent any of them from implementing their own laws that authorize the use, distribution, possession, or cultivation of marijuana.

1 SEC __. None of the funds made available by this Act to the Department of Justice may be used to prevent any Indian tribe (as such term is defined in section 4 of the Indian Self-Determination and Education Assistance Act (25 U.S.C. 5304)) from enacting or implementing tribal laws that authorize the use, distribution, possession, or cultivation of marijuana.

Will Congress Be Able To Pass Federal Cannabis Reform In 2021

LaMalfa also filed a second amendment to the CJS bill that’s aimed at “including marijuana grow sites in the eligible category for [Drug Enforcement Administration] reimbursement of state, units of local government, or tribal governments for expenses incurred to clean-up and safely dispose of substances which may present a danger to public health or the environment found at illegal marijuana grow sites.” 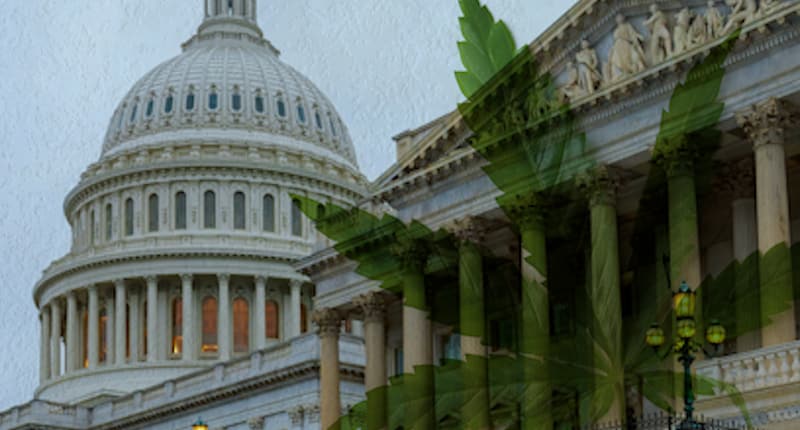 An added LaMalfa revision to a separate funding bill for the State Department is meant to “express the intent to direct the Department of State to issue a report on the connections between international criminal organizations and illegal marijuana grows within the United States.”
On the CJS bill, Rep. Jay Obernolte (R-CA) also filed an amendment intended to “support efforts to eliminate illegal marijuana grows in South Eastern California.”

The budgeting process this session has seen many drug policy reform provisions. This involved a bill text and associated reports including protecting banks that work with marijuana businesses. As well as supporting government agencies to rethink policies that terminate workers for cannabis use. Also being able to investigate research into the medical use of psychedelics and preventing immigrants from being deported for cannabis, alongside other matters.

Independently, the full House of Representatives could vote next week on revisions to large-scale minibus appropriations legislation. Which would make it so marijuana possession or consumption could not be used as the foundation or main reason for refusing people access to public housing.

For the CJS appropriations bill where the new marijuana state protection language could be attached. From this amendments were due to be submitted by Friday afternoon. The House Rules Committee is set to make a choice this upcoming week. This would come after the bill and any revisions that are considered and will head to the floor for votes.