Home Biotech and Cannabis is a Match Made in Heaven

Biotech and Cannabis is a Match Made in Heaven

The cannabis market has remained widely successful for some time now as new laws continue to help the industry grow. The cannabis industry has also benefitted from the massive public backing of its future, and as a whole has continued to innovate and foster new ideas to develop the market even further. Several stocks have come to the forefront of the industry given the state of cannabis, and here are just a few.

The company GW Pharmaceuticals (NASDAQ:GWPH) is no stranger to the weed market and has been one of the larger players in the pharmaceutical side of the industry for some time now. The company has worked as a traditional biotech firm for several years but has also recently been working on the production and research of new cannabis-based drugs. The company became famous in the past couple of years for a drug known as Epidiolex, a treatment for a wide variety of seizures in children, and became the first drug using cannabis components to be approved by the FDA. When the company received the approval by the FDA, it was cause for a major step forward in the industry as never before had a federal governmental body shown such backing for anything related to cannabis. All of this in combination has made GW a company to watch as we move toward the future of cannabis.

The next company on the list is considered to be one of the smaller guys in the market, but one that should not be overlooked for its size. GT Biopharma Inc (GTBP) has been working to develop and research new drugs utilizing cannabis for some time now. The company “is an immuno-oncology biotechnology company focused on innovative treatments based on the company’s proprietary NK-engager and Bispecific Antibody Drug Conjugate platforms.” Using various cannabinoids, GTBP has been working to produce cancer treatments and pharmaceuticals that can reduce tumor growth in patients across the board. Companies in this side of the industry are few and far between which makes GT Biopharma a very interesting company to watch as the industry continues to move forward in the coming years.

The last stock on the list is the company Cara Therapeutics (CARA). CARA has been one of the big players in the industry for some time now and has been working to create drugs that are as effective as their opioid counterparts without the addictive properties. The opioid crisis in the U.S. has been one of the major crises for some time now, and has led many companies to begin working to find new alternatives to the older medicines. Interestingly, many studies have shown that over time, opioids start to work less and less whereas cannabis continues to be as effective as a treatment for pain among other conditions. CARA continues to be one of the top players in the research of new drugs using cannabis components.

The cannabis industry merging with the biotech market has continued to put out new research to help patients around the world. The hopes are high that throughout the near future, companies can continue to produce drugs to help varying ailments better than they have been treated in the past. 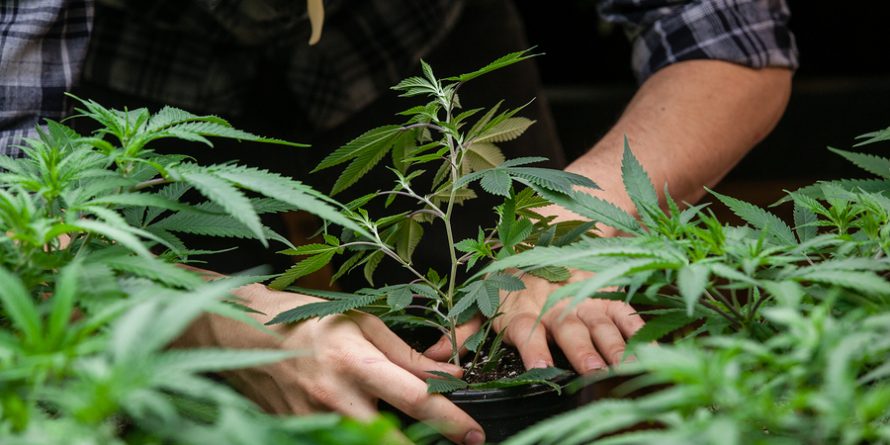 Pursuant to an agreement between an affiliate of MAPH Enterprises, LLC, Midam Ventures LLC and GT Biopharma, Midam has been paid $200,000 from the company and ZERO shares of GT Biopharma Inc. for a duration beginning July 16, 2018 and ending August 16, 2018. Midam Ventures has been paid an additional $200k by GT Biopharma and has extended its marketing period through Sept 16, 2018. We may buy or sell additional shares of (GTBP) in the open market at any time, including before, during or after the Website and Information, provide public dissemination of favorable Information.

Will These 2 Cannabis Stocks See More Gains This Week?