2 Marijuana Stocks To Start The Week

In the past two weeks some marijuana stocks, have begun to see their value start to climb once more. This is compared to the past six months where many of the most popular marijuana stocks saw a heavy downtrend. The downtrends, however, can be highly attributed to the shift in the market that took place toward the end of 2019. With so many new laws going into place and the ever-shifting aura surrounding the cannabis industry, there are a few key factors to consider for the near future.

These include what future laws will go into place as well as how the U.S. market can change. The U.S. holds within it several of the largest cannabis markets in the world. But, as a nation, it is still extremely difficult for pot stocks to succeed. The national laws almost set up the industry for issues as they do not pertain to what the public want whatsoever. Moving forward, however, it looks as though a large amount of these issues are on their way to being solved. Only in time can we expect to see some large shifts affect pot stocks.

Is This Marijuana Stock Built For The Future

1933 Industries Inc. (TGIFF Stock Report) (TGIF) is one of the leading vertically integrated pot stocks working out of the industry. The company has stated that it is focusing on cannabis cultivation and the manufacturing of various consumer-based products. These products are pushed out through the company’s two subsidiaries. With these subsidiaries, the company is able to participate in many different areas of the cannabis market. This includes cultivation, extraction, processing and the manufacturing of assets.

Recently, 1933 Industries announced that it has entered into a licensing agreement with its subsidiary Alternative Medicine Association and Capna Intellectual Inc. The agreement which is scheduled to last one year should see the two moving further into the product market in Nevada. Capna Intellectual Inc. is in charge of the Bloom Brand, which is an established retailer of products being sold in over three hundred licensed stores around the Western U.S. With a large amount of expansion underway, this deal looks to bring the two closer to the future of marijuana stocks.

Marijuana Stock To Watch: Is This MSO Taking Over The Market

Curaleaf Holdings (CURLF Stock Report) (CURA) is one of the largest pot stocks in the industry by market cap. The company is worth almost $3 billion and holds around 130 retail licenses. These licenses are spread out across 19 states in the U.S. As a large U.S. cannabis player, the company is exposed to some of the biggest individual cannabis markets in the industry.

The company also recently announced that it is aiming for around $1 billion in sales for this coming year. With some clever acquisitions in the works, the company has shown just why it is so large. With some of the other big names marijuana stocks not meeting expectations, Curaleaf Holdings remains an interesting pot stock to watch moving into the future. 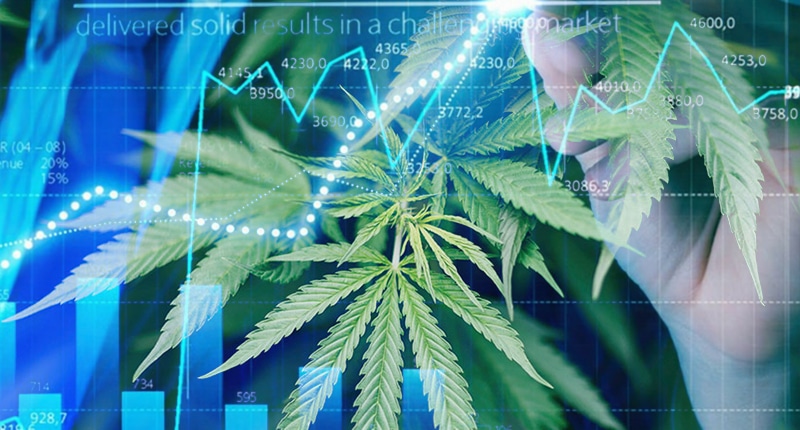