Marijuana stock to watch Aurora Cannabis (ACB Stock Report), is a Canadian company that is defining the future of Cannabis worldwide. Currently, Aurora is not untouched by the volatility of the market. The company has been facing several problems in the current market situation. The company failed to meet the expectations of the analysts with its fiscal 2019 Q4 results. This created the angle that ACB   maybe a pot stock to sell versus a buy. The shares of the company have fallen by 40% in just three months.

Italy Cancels Contract Of One Of The Three Lots

Aurora Cannabis has often been said to be an industry favorite yet this cannabis stock sorely needs some good news to renew investors’ confidence. The recent news in the context of the Italian job is not the positive reinforcement they were hoping for. Earlier in July, the company has made announcements boasting it to have been selected as the sole supplier of medical cannabis to Italy. This announcement fell short as the company couldn’t meet the stringent requirements of the Italian government. According to the statements from the Italian Minister of Health the contract of one of the three lots (containing cannabis with high levels of cannabidiol) that was awarded to Aurora Cannabis was canceled as the company didn’t fully abide by the European Union’s Good Manufacturing Practice (GMP) standards. 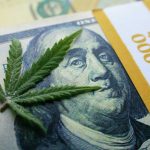 The other two lots, one with high-THC cannabis and the other with similar levels of THC and CBD, weren’t impacted by Italy’s cancellation of the high-CBD lot. The cancellation of one of the three lots could be problematic for Aurora as other European key markets notably including Germany, also require medical cannabis to meet EU GMP standards, apparently which the company failed to maintain. Moreover, the contract was for two years and the company goofed up in just two months.

Other Problems That Lies Ahead

However, in light of the tight restrictions on medical cannabis imposed by the Italian government, the matter is not a grave concern for Aurora Cannabis. There are some major challenges ahead. The big bet of the company on vapes in the Canadian cannabis-derivatives market could be a problem due to the reports of recent vaping-related deaths in both the U.S and Canada. So the risk with the bet on vaping looms large. Another ticking bomb is paying off all the debts of the company.

This implies that the company would require raising more cash which means more dilution for an already heavily diluted stock is probably on the way. However, the problems aren’t big enough that the once crowned as the most-held stock on millennial-dominated investing app Robinhood couldn’t overcome.