Will Earnings Affect This Marijuana Stock?

Marijuana stock and Hemp CBD manufacturer Charlotte’s Web Holdings (CWEB) (CWBHF Stock Report) has undoubtedly been one of the best pot stocks in the cannabis space. Over the course of the past few years, the company bet big on the CBD market. By doing this they emerged as one of the biggest players in the cannabis industry. 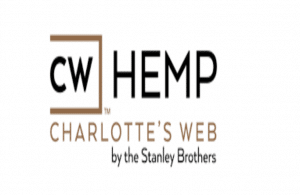 Considering the fact that hemp farming was legalized in the United States in December 2018, many thought that CWEB was going to have a period of impressive growth. The company revealed its Q3 2019 on Wednesday and analysts have identified three worrying trends.

One of the more concerning trends for this pot stock is hat revenue is not growing at the pace that might have been expected. In the third quarter, the company generated revenues of $25.1 million and although that reflects a handsome 42% rise from the revenues in the prior-year period, the sequential growth is poor.

[Read More] How Will These 2 Marijuana Stocks Thrive?

In the previous quarter, the company had generated $25 million in revenues and hence the growth is only marginal. Considering the fact that the company’s products are now available in more retail outlets than ever, the slow growth rate is worrying. 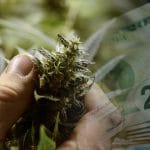 On the other hand, the company failed to meet expectations with regard to its bottom line as well. Analysts had expected that it would generate earnings of $.05 a share but Charlotte’s Web ended up posting $.01 worth of losses per share. The losses for the quarter came in at $1.3 million. Operating expenses have jumped by as much as 21% year on year but at the same time, sequential revenue growth has come at a virtual standstill.

Last but not least, the company’s projections for the full year have also been disappointing. It has pegged its full-year revenues in the $95 million to $100 million range and that range is not only far lower than its initial projection but also on the lower end of analysts’ expectations. However, experts believe that a favorable decision from the FDA with regards to ingestible CBD products could give Charlotte’s Web a fresh boost.