Home What’s Happening With CBD Regulations In The Cannabis Industry?

What’s Happening With CBD Regulations In The Cannabis Industry?

Do CBD Regulations Need Federal Cannabis Reform? Some Say No

It feels as 2019 was a long while ago however some things can’t be forgotten. Back in July of 2019 a staff director for Republicans on the House Judiciary Committee was placed behind other members on the dais. This staff director Brendan was paying attention to all-too-rare bipartisan harmony. Both sides formed a collective understanding: it is time for the federal marijuana prohibition to end.

As of late consensus is growing in Congress to discuss comprehensive cannabis reform. Yet this topic of discussion is running into the typical roadblocks important legislative proposals face from a backward system. That is why it feels like things are moving in circles and making no headway in regards to cannabis reform. Congress and industry advocates should have a simple victory and recognize the importance of small but crucial legislative change.

With this happening, it will be acknowledging the multi-billion dollar CBD marketplace and proving a safe system of daily consumption for consumers. CBD regulation is ready for business, and unlike some of its other reform counterparts, there is a possibility for it to move forward in the 117th Congress. Having momentum is an advantage on Capitol Hill. Especially when working with legislation as old as those opposing any new types of cannabis reform.

Back in 2018, Congress legalized hemp-derived CBD in the Farm Bill. If Congress is not able to motivate the FDA to regulate hemp, it may be hard for congress to see the full potential of federal legalization. For some years now, the Natural Products Association has been asking FDA to provide consumers with certainty. This is in regards to the CBD products they use. Which should be meeting a stringent regulatory process, and that manufacturers are given guidance.

Rather than execting substantive action on regulatory transparency, the FDA has used lax punishment to those making false claims. In turn it the FDA has also left the majority of the heavy lifting to the states. Even more, states are submitting proposals to regulate the CBD industry’s manufacturing, testing, and labeling of products. This is setting the course down a complex and likely problematic regulatory structure. 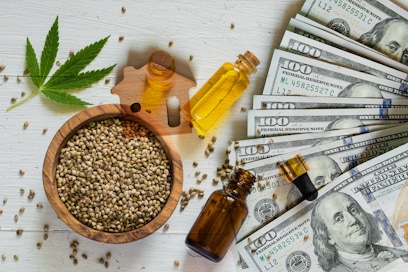 Coming from the Consumer Brands Association as of now there are currently 135 proposals in 38 states. Each one of the proposals threatens to further obscure the disparate CBD regulations already on states’ books. As CBA precisely highlights, without federal action, these state CBD regulations have produced a complicated, conflicting regulatory framework. With this framework comes the lacking to establish uniformity specifications for the safe formulation, production, labeling, and marketing of CBD products.

Advocates in industry and Congress both concur it’s way past time for FDA to take action. Nevertheless, there remains to be diverging and often opposing paths. And sadly, meaningful congressional action is simply not going to be a reality until there is a big collective ask. Congressional attention is tough to obtain and even more of a task to sustain. Yet it’s practically unattainable when members have to choose between associates who want the same thing. Yet they all have different strategies on how to get there.

[Read More] Top CBD Marijuana Stocks To Invest In? 2 For Your 2021 Watchlist

What Needs To Be Done For CBD Regulations To Work In The U.S.

The House has presented one way, the Senate and Chuck Schumer who has introduced a third as part of his broad cannabis reform bill. Moreover, stakeholders are torn on whether the bill should incorporate a place for food. As well as the total of how much authority should be allowed to grant FDA. These differences create trouble for congressional progress. 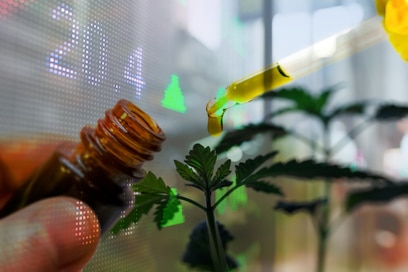 Congress should introduce a new bipartisan, bicameral bill. This bill should be backed by both stakeholders and CBD and cannabis users. A new, united beginning means a solid shot at seeing reform become a reality this Congress.

This bill should cover a regulatory platform for food, while at the same time maintaining the FDA’s original power to manage safety. We can not neglect to include dietary supplements and foods under one piece of legislation. It would cause more issues that were faced with caffeine.

The U.S Department of Veterans Affairs has been unwilling to permit their…