On Tuesday, Heather Alfonso pled guilty in United States District Court in Hartford to having received $83,000 in kickbacks from Insys Therapeutics (INSY) during January 2013 through March 2015. Alfonso said the money influenced her prescribing a particular drug, according to the United States Attorney’s Office in Hartford, Connecticut.

Although Insys and the drug were not named in the indictment, in court a prosecutor revealed that the case involved Subsys and Insys Therapeutics.

Prescription records from the Federal Medicare program in 2013 show that Alfonso was among the 10 highest prescribers of Subsys in the United States. Although the Food and Drug Administration (FDA) approved Subsys only for cancer patients, the indictment says she had prescribed it to patients suffering from chronic pain who did not have cancer.

In 2012, Alfonso was among the top 10 Schedule II prescribers in the country. She was the highest prescriber in Connecticut in 2013, writing $2.7 million in prescriptions.

The U.S. Attorney’s office said, “For the majority of these dinner programs, Alfonso did not give any kind of presentation about the drug at all.”

The charge associated with the receipt of kickbacks in relation to a federal health care program carries a maximum term of five years in jail and a fine of up to $250,000. Alfonso’s sentencing is currently scheduled for September.

Where does Insys go from here?

Yesterday, INSY was down over 12% at one point before shares rallied back and ended the day down 7.7%. Shares of INSY are trading above its average Wall Street price target and this leads us to believe that the selloff is not over yet. INSY is up over 69% during 2015 but shares are down 16.2% from its all-time high which the company set on June 23rd. Investors should proceed with caution!

WWW.Technical420.com will have its 2.0launch this weekend, use the code: wolf or mjstocks for 20% discounts

Michael Berger is the Founder and President of Technical420 LLC (www.technical420.com). Michael has over 10 years of investing experience and he spent the early part of his career working at Raymond James Financial.  In 2014, Michael was working in the Equity Research department as the Senior Energy and MLP specialist when he recognized an information gap pertaining to publicly traded cannabis companies.  Given this unique opportunity, Technical420 was founded to help bring equity research expertise to the every-day private investor. Michael is pursuing his CFA charter and he has passed multiple FINRA Series exams. 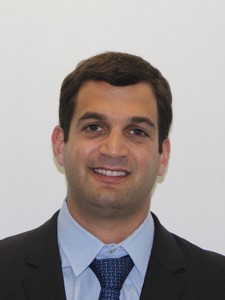 The 3 things I’m most excited about for the coming year: Moving…