Home Marijuana Stocks To Buy or Sell Before Next Week

Marijuana Stocks To Buy or Sell Before Next Week

A fresh new start to the decade. With the past few years being incremental in the growth of the marijuana stocks, it seems as though this new year could be one for the books. This will only be true if we see some big shifts in areas such as legislation and the public perception of cannabis as a substance. But, in the present day, it appears as though there are several marijuana stocks to watch. These few companies are working to make their name in the industry.

They’re doing this by producing massive quantities of cannabis in addition to creating some new and groundbreaking products for sale in the industry. With so much happening so quickly, keeping up with the pace of pot stocks can often be a difficult task. The real difficulty comes when working to deduce where the most value is hiding within the industry. With this in mind, the most important step is to narrow down both where one wants to invest within pot stocks, and what type of investor one is. With this in mind, investing in pot stocks can become much easier.

Is This Marijuana Stock Is Built For Vertical Integration?

1933 Industries Inc. (TGIFF Stock Report) (TGIF) is widely considered to be a solid leading example of what a vertical pot stock can look like. The company has been working with its operations in both the U.S. and Canada. With its two wholly-owned subsidiaries, 1933 Industries is able to participate in many different areas of the pot stock market. This includes everything from cannabis cultivation to extraction, processing and the manufacturing of assets. With such a broad scope, the company has continued to make headlines in the pot stock market.

Additionally, it’s brands have secured it a spot at the top of the vertically integrated pot stocks. For these reasons, the company remains one of the most prominent pot stocks to watch moving forward. Recently, it also partnered with The Pantry Co.; an LA-based food branding company. With this, the two should be able to move further into the edibles marketplace.

An Ancillary Marijuana Stock To Watch

MediPharm Labs (MEDIF Stock Report) (LABS)  is another one of the main pot stocks working out of the ancillary market. The company has been working to produce many of the leading extractions that we see in the industry. This includes various derivatives such as edibles, vases, concentrates and more. With these only just being legalized in Canada in the past six months, the company could have a potentially bright future ahead of them.

Additionally, the company stated that it has the potential to produce as much as 500,000 kilograms of cannabis per year when operating at peak capacity. With two consecutive quarters of producing operating profits, the company remains a widely talked about pot stock within the industry. As we head into 2020, MediPharm Labs remains a key pot stock to watch for the near future. 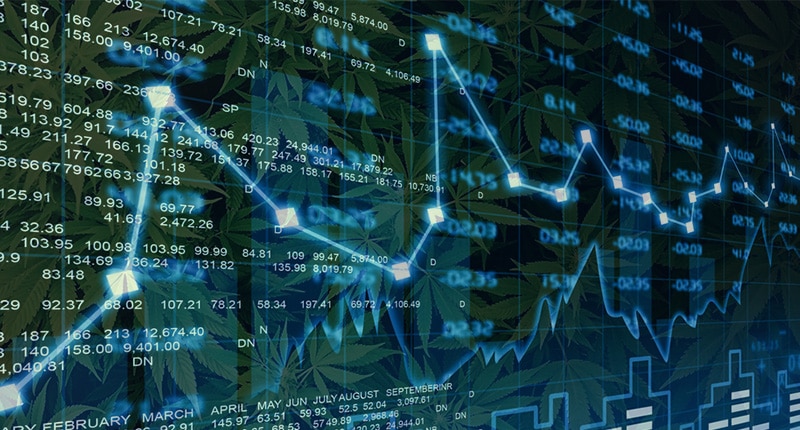