For those that have been with us for a little while, you will surely remember OXIS International, which we have been covering on and off since 2014. On June 26th, 2017 we began to cover OXIS again. But a lot has happened since then.

On July 17th, 2017 Oxis International changed its name to GT Biopharma Inc. (GTBP). As many of you have already seen, GT Biopharma (GTBP) is no stranger to volatility or BIG developments that deliver gain potential. 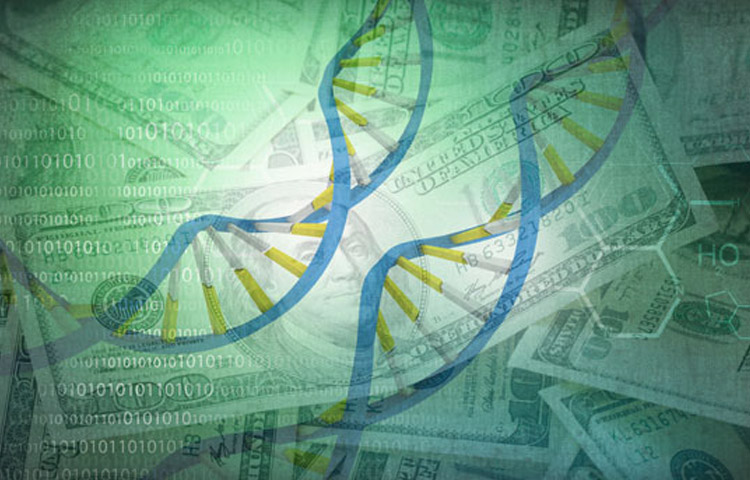 In fact some of the most recent developments could set the stage for one of the most important times in the company’s history. During the period January 2018 – the present we have been watching the price, news and corporate developments at (GTBP).

The company has added an ALL-STAR management roster, increased the strength of its board and received positive results on clinical trials. GT Biopharma (GTBP) has also begun to align itself with a “Major Pharma” company & that could present even more potential ahead.

(GTBP) has been on a wild ride in the past year. We believe (GTBP) has gone through an extended correction & is now ready to potentially continue moving up! We’ve already seen a clear demonstration of this over the last 2 months: 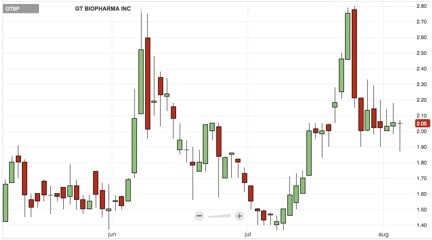 The last time GT Biopharma (GTBP) made a move back toward the upper end of the $2-$3 range, the pull back saw support around $2 that ended up breaking down. This time around in July to present, that may not be the case based on a number of factors. The first being that GT Biopharma (GTBP) has consistently held that support level and hasn’t seen the same kind of “whipsaw” moves that it saw back in June.

The next few factors have A LOT to do with what’s going on with the company in our opinion. There are few times that the public gets to see a company like this before any major developments with “big fish” in the industry. GT Biopharma (GTBP) has already started to hint at what could be something VERY BIG and it’s right in front of our eyes:

It’s also interesting to see that during this time, the company is adding more experience to its board and that experience has a lot of involvement in the public arena as well:

GT Biopharma Announces the Addition of Dr. John N. Bonfiglio to its Board of Directors

This name may get “lost in the shuffle” to those who just read headlines but Dr. Bonfiglio may be “kind of a big deal” in our opinion. Let’s break down the hot points to pay very close attention to because this could also lead the way for new opportunities ahead for (GTBP):

Also remember that the company promoted Dr. Raymond W. Urbanski MD, PhD, to the position of Chief Executive Officer and Chairman of the Board in July. Dr. Urbanski has his own successful track record to include into the mix.

He has been involved in every phase of drug development and brings extensive experience in developing and overseeing clinical studies, including studies for sunitinib (Sutent), exemestane (Aromasin), irinotecan (Camptosar), epirubicin (Ellence), axitinib, IGF1R inhibitor, and tremelimumab.

But It Isn’t Just About The People Either

Besides the weight that GT Biopharma (GTBP) is bringing to the board and its management team, the company is laser focused on creating opportunity for investors in our opinion.

A big contributing factor to this statement is GT Biopharma’s (GTBP) announcement that it would effectively be locking up approximately 52% (26 million) of the issued and outstanding common shares of the Company until September 31, 2019; over 1 year away!

As many small and micro cap investors know, risk of insider dilution is a very real thing and having identified this, GT Biopharma (GTBP) is heading it off at the pass by entering into lock-up agreements with the officers, non-independent directors of the Company and a significant founding shareholder of GT Biopharma’s (GTBP) predecessor companies.

It Comes Down To This

The fact that we’ve been covering GT Biopharma (GTBP) for so long and have been able to see its growth, first hand since 2014 continues to emphasize the potential in our eyes. Now, as we head into the thick of the third quarter we’re seeing GT Biopharma (GTBP) at what could be a pivotal point in the history of the company; something we’ll be monitoring very closely in the weeks and months to come.

Ultimately it comes down to the fundamentals. With the small-cap biotech segment of the market taking much of the spotlight this year, 2018’s second half could be primed for companies like this to capitalize on the overall market momentum and score big on new developments. 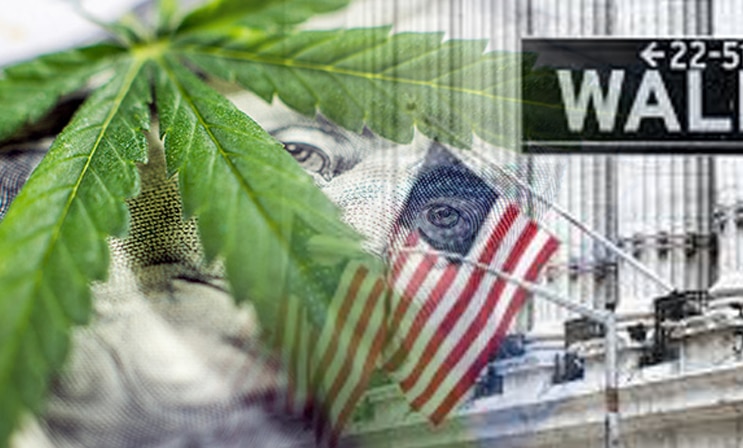 Pursuant to an agreement between an affiliate of MAPH Enterprises, LLC, Midam Ventures LLC and GT Biopharma, Midam has been paid $200,000 from the company and ZERO shares of GT Biopharma Inc. for a duration beginning July 16, 2018 and ending August 16, 2018. Midam Ventures has been paid an additional $200k by GT Biopharma and has extended its marketing period through Sept 16, 2018. We may buy or sell additional shares of (GTBP) in the open market at any time, including before, during or after the Website and Information, provide public dissemination of favorable Information. Full Disclaimer Here

When investing one can never make assumptions. Investors must complete extensive due diligence before participating in the buying or selling of any security. It is important to look for proven management teams, serious scientific information and solid drug candidate development plans before investing in any biotech company.

The information in this article is historical fact and accurate stock market data. When considering investments in development stage companies as individual investors we must make certain we do not fall prey speculative, misleading or any information brazenly hyping the stock of any individual company.