Home Marijuana Stocks: Are We Ready For The #BTFD Moment?

Marijuana Stocks: Are We Ready For The #BTFD Moment?

Marijuana stocks and the marijuana industry have proven to be incredibly lucrative throughout the last several years with increased acceptance of CBD by medical experts as well as innovation-driven products making their way to the market.

In the months leading up to Canadian legalization of recreational cannabis use, the sector saw exponential gains enjoyed by some of the industry’s leading producers. One research report suggested that in those early months, several top cannabis stocks would experience a market value increase of over 100% in some cases. With such unprecedented potential for growth, investors were ready to ride the high to the top.

However, in the week or so following Canadian legalization, the volatility of the market became incredibly clear. Several key factors serve as the rubric for which analysts are breaking down the state of the cannabis sector and the future of the industry.

Back in June, Canadian Prime Minister Justin Trudeau and the Canadian Parliament voted in favor of legalizing the recreational and medical use of cannabis for the country. With the passing of this legislation on Oct. 17, Canada became the first G-7 nation, and the second country in the world after Uruguay, to legalize marijuana. The newly legal cannabis industry, valued at $6.5 billion, was naturally ecstatic about the news. Unfortunately, all that glitters is not kush.

On the first day that Canadians were able to score legal cannabis, stores ran out of the product. One store owner, Thomas Clarke, who runs THC Distribution in Portugal Cove-St Phillip’s, told reporters, “I was a little shocked that I sold out so fast, and also very upset that I don’t have product for everybody. I’m letting down a lot of people here, and I was assured that if I paid for cannabis, I would receive it.”

Clarke told media outlets that he ordered $70,000 worth of product, but only received roughly $10,000 in inventory. He mentioned one of his suppliers is Canopy Growth (CGC), one of the industry’s leading cannabis producers.

“I pray that something gets shipped to me overnight so I’ll have some product for tomorrow. If I don’t get any product, I’m going to keep the shop closed and spend a couple of days with my family.” -Thomas Clarke THC Distribution

Clarke wasn’t the only brick-and-mortar shop to have supply issues during the first stages of Canada’s legalization. In the Canadian province of Quebec, reports state that residents placed over 43,000 orders for recreational cannabis, two days after the law took effect. According to data released by Quebec cannabis shop, the “Societe Quebecoise du cannabis, more than “12,500 in-person transactions took place on Oct. 17. By the end of the day, the store was utterly sold-out of product.

Before legalization in Canada, many of the country’s leading producers of cannabis warned the sector of potential supply shortages in the days before Oct. 17. Canada’s fourth-largest producer of marijuana, Aphria Inc., (APH) expected “sold out signs” almost immediately.

Vic Neufeld, Chief Executive of Aphria (APH), expressed his concerns early on in the process.

“There will be supply shortages in the early stages of adult use, including from Aphria, as the industry crosses a major inflation point. There will not be complete satisfaction by any of the provincial regulators out of the box. The pipeline fill is not going to be there.”

In a study released by the University of Waterloo, the inventory of legal cannabis in Canada was only predicted to meet, at the most, 50% of consumer demand. The C.D. Howe Institute, a Toronto-based think tank, estimated that while “legal supply of cannabis is set to increase from 146.13 tons (146,000 kg) to 210 tons (210,000 kilograms), demand would overpower those supply amounts by increased to 610.6 tons (610,000kg).

This shortfall of legal pot producers has resulted in industry trends to turn negative.

When Canada announced their plans for legalization, consumers and investors alike were elated with the news. Fans of cannabis consumption would feel free to enjoy themselves without the threat of legal complications, and the market has seen impressive growth in companies like Tilray (TLRY), Canopy Growth (CGC) and Aurora Cannabis (ACB) before legalization, and are hopeful that the industry would remain bullish.

Despite high hopes, the sector, and its prominent companies saw significant declines as a result of Canadian legalization.

On Monday, pot stocks were slammed with massive losses, heading for their worst trading days in over eight months, leading many to believe that, perhaps, Canada’s legalization of recreational marijuana wasn’t as high an idea as everyone thought.

In the days following adult recreational marijuana use in Canada, the sector has struggled to find ground to stand on. In response to demand concerns from industry producers, as well as supply shortages reported from cannabis retailers, investors are selling off their shares, causing a negative downward trend.

“While it was difficult for provinces and experts to predict just what the demand for cannabis would be once legalized, the actual demand far exceeds any reasonable expectations.” -Hexo Corp Spokesperson

The Fate of The Cannabis Industry

The issue, at hand, is that the sector set their expectations as high as consumers planned on getting, once legalization in Canada took effect. The pot-stock sector selloff is a result of apparent lack of foresight from industry experts and producers. Marijuana stocks had proven volatile time and time again, primarily if we reflect on the “calm before the storm” activity that occurred before the sector blew up before Oct. 17.

Though the Canadian Parliament passed cannabis legislation with zero hesitation, the government included a stipulation in the policy that requires a tax stamp placed on any marijuana product. While this seems boiler-plate and relatively solvable, this is yet another reason why legalization has failed to meet industry expectations. The stamps are only available from a single licensed vendor, the Canadian Bank Note Company Ltd (CBNC). After cannabis producers procured their required marks, they found that the stamps had no glue, and only one company in the entire country was allowed to supply the glue.

“If you didn’t book your time six months ago with the one company in Canada that puts the glue on them, then you’re in trouble. I don’t even know what to do. ” – Brendan Kennedy, Chief Executive Tilray, Inc.

Just below the Great White North, American polls are showing record-breaking support for marijuana legalization. When U.S. citizens vote in the November Midterms, voters in several states will weigh in on ballot measures to legalize cannabis for recreational and medicinal use. According to a new Gallup survey(1), “66% of Americans now support legalizing marijuana, including a majority of Republicans and, for the first time, a majority of voters over the age of 55.”Interestingly enough, this new survey is far higher compared to a mere 12% approval rating when Gallup first asked Americans about it in 1969.

Proponents of cannabis legislation believe that new policies would function as a viable remedy racial injustices suffered by individuals of color. African-Americans, as well as members of the Hispanic community, are more likely to be arrested for marijuana-related offenses, compared to white people. If the federal government were to legalize cannabis, we would see fewer incarcerations of POC for non-violent crimes.

Even with the advent of Canadian legislation, and other nations with policy procedures in the woodworks, the cannabis industry is still very much in its infancy, meaning that there is a large amount of growth the sector must undergo before investors can enjoy its full potential. Though cannabis supply is low, sector hopes remain high that the industry will meet the demand of consumers and prove profitable. In the meantime, it looks like the street could be prepping for that #BTFD moment ;). 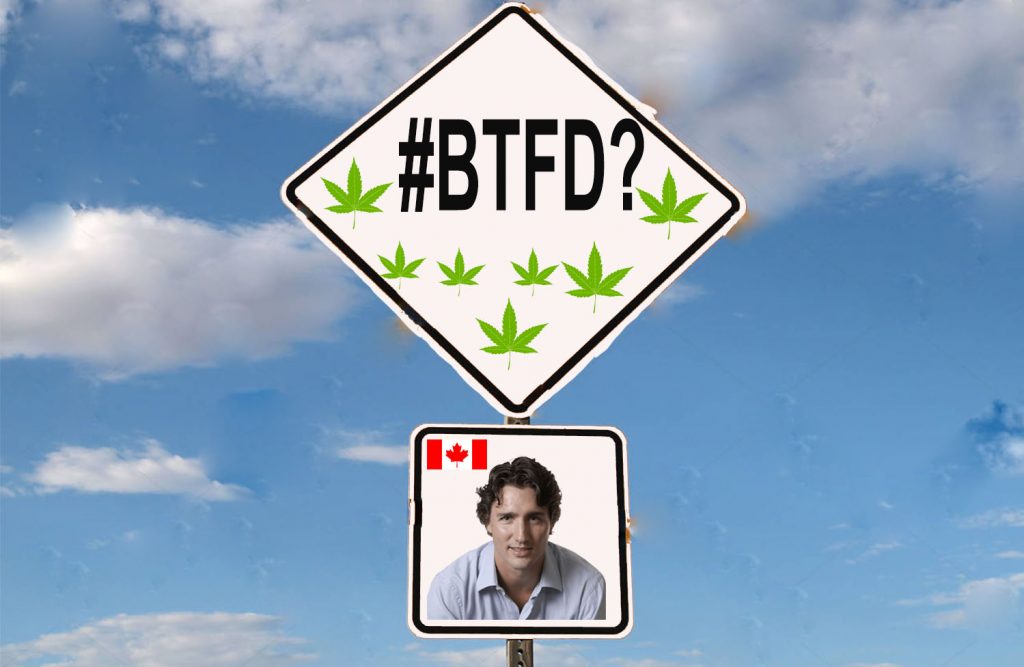 Disclosure. As of October 23, 2018, a member of MAPH Enterprises, which owns MarijuanaStocks.com holds 74,000 shares of Aurora Cannabis and 56 Call Options of Canopy Growth purchased in the open market and may be sold at any time. Full Disclaimer Here

Marijuana Stocks To Buy Right Now? 3 To Watch This Week