Home Is Biden The Key To Marijuana Stock Growth?

Is Biden The Key To Marijuana Stock Growth?

What Will This Years Presidential Election Do to the Cannabis Industry?

In 2020, we have the fortunate position of participating in an extremely crucial election. We all know that the fight for victory against Donald Trump and Joe Biden will be a legendary one. But, how will it affect marijuana stocks? Well, major Canadian pot stocks like Aurora Cannabis Inc. (ACB Stock Report), Valens Corp. (VLNCF Stock Report), and OrganiGram Holdings Inc. (OGI Stock Report), have much less to worry about than their American counterparts. This includes U.S. pot stocks like GrowGeneration Corp. (GRWG Stock Report) and Harvest Health & Recreation Inc. (HRVSF Stock Report).

Because of this, it’s extremely important that we take a look at where the cannabis industry could go under a new President. While the importance of Trump winning the election to the cannabis industry has already been defined, we do not know what the market will look like under Biden. Biden has stated that he wants to change several key things about how the cannabis industry runs and how people are jailed for non-violent cannabis-related offenses. And if he comes through on these promises, there may be a bright future of profitability ahead for the U.S. cannabis industry. With that in mind, let’s take a closer look at what could happen this November.

Would Biden be Helpful to the Cannabis Industry?

Although a president alone cannot change the complete future of the cannabis industry, they can do a lot to make it run better. In order for Biden to make any big changes, he would have to gain a controlling stake in the House of Representatives or the Senate. If that happens, it would be a major cause for positivity in the cannabis industry. One of the best things that could happen would be changes for U.S. based MSO pot stocks. These companies are the front-line of the cannabis industry and need new legislation more than any others. 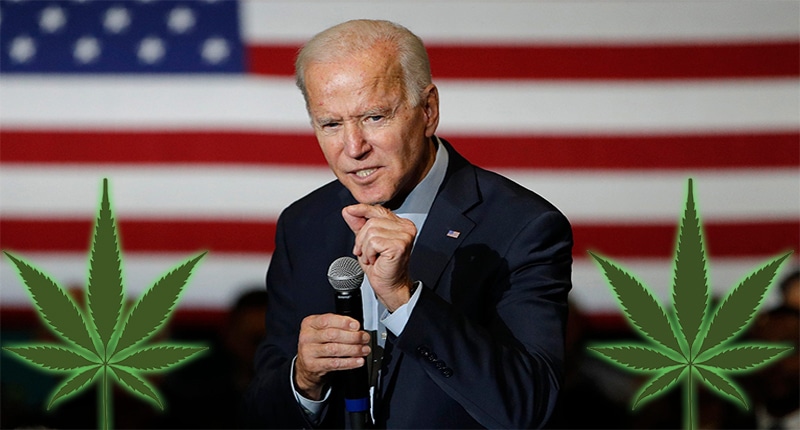 In the past few years, MSOs have seen a great deal of success with the current state of the cannabis industry. But, several laws such as banking regulations and more, have made it so that they cannot reach their full potential. In addition, Canadian marijuana stocks would benefit greatly from Biden’s presidency as well as it could give them an in into the U.S. cannabis industry. If Biden is unable to gain control of either the House or the Senate, it would definitely pose some challenges. But, for now all eyes are set on the best case scenario.

Could Biden Pose a Threat to Marijuana Stocks?

In the past, we have seen that Joe Biden is not always the clearest when it comes to his legislative plans. But, between him and Kamala Harris (his proposed VP), there should be some positivity for cannabis-related legislation. We have seen in the polls thus far that Biden is leading by a substantial margin. And a lot depends on what happens in the debates in the next few months. But, under President Trump, we have not seen any major positive updates to the cannabis industry. Rather, it has stayed stale from a federal point of view. 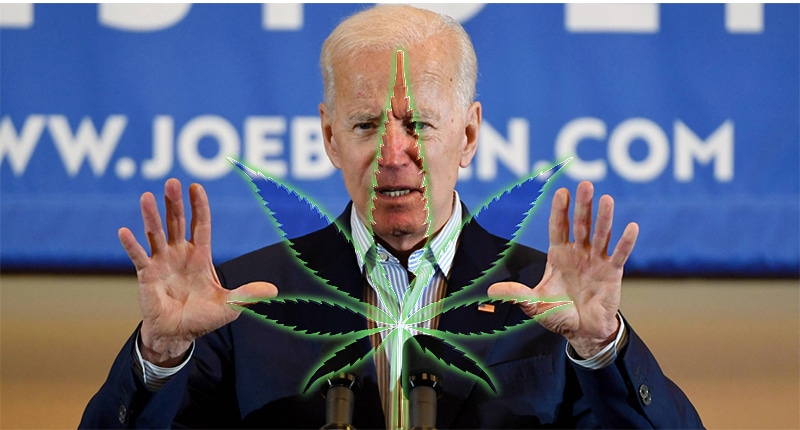 The good thing is that we already know what a cannabis industry looks like under Trump, and we know that it could only get better if Biden is able to secure the win. But as stated before, it also depends on what happens in the other branches of government. There are a large amount of marijuana stocks that are depending on Biden to win and make changes this November. But, as we all know anything can happen. For this reason, it’s important for investors to keep a close eye on the news and the cannabis industry as a whole.

Regardless of the Election Things Look Good For Marijuana Stocks

Projections have shown that the cannabis industry is headed in an upward trend in the next few years. COVID has proven that marijuana is an essential product in the U.S., and one that the people want to see legalized. Because of this, many leading pot stocks have reported better than expected gains in the past six month period.

Shares of some major marijuana stocks have shot up in the high double digits in that time period, illustrating that the bulls are deep in the cannabis industry. But, again, a lot will depend on what happens on November 3rd. The most important thing we can do as citizens is to go out and vote. This will help to play a role in what could be the future of the cannabis industry. But regardless of who wins, the cannabis industry should see growth in the long term. It truly comes down to how easy it will be for the industry to surmount that growth.

Will These 2 Marijuana Stocks To Watch See An Uptick This Year?