The cannabis market has remained wildly interesting for some time now as investors continue to benefit from the growing industry. Many stocks in the market have moved to the forefront of as new legislation and the changing public perception of cannabis also continues to change. The past several months have been extremely instrumental in the growth of the space, but the future looks as though it holds a large amount of promise for new innovation.

The company HEXO Corp. (NASDAQOTH:HYYDF) has been at the forefront of the cannabis space for some time now. The company has remained one of the key players in the Canadian medicinal cannabis space, but as the country gets ready to allow the sales of recreational cannabis across the nation, it seems as though the potential for this company is just around the corner. HEXO has stated that they have the ability to continue to produce as much as 25,000 kilograms per year which is scheduled to also increase to almost four times that in the near future. The company has plans to complete a major expansion project which could help to put them at the right amount of exposure to take advantage of the new and growing cannabis space domestically. HEXO also just stated that they have come into an agreement with a large company which will according to one report “supply 25,000 kilograms of recreational cannabis to Quebec in year one, representing a 35% share of the province’s retail cannabis market. The volumes to be supplied increase in years two and three, with supply volumes the last two years of the agreement to be negotiated later.” All of this information makes HEXO one of the companies to watch as we move toward the near future of cannabis in North America.

The next company on the list is one that should come as no surprise. Organigram Holdings (OTC:OGRMF) has been one of the key players in the Canadian cannabis make for several years now. The company has stated that they have the ability to grow as much as 36,000 kilograms of cannabis per year as of now, but in the near future this number will increase to as much as 113,000 kilograms. This makes Organigram one of the larger producers of cannabis throughout the Canadian space and also puts them at the right amount of exposure for the legal market that is on its way in this coming October. The company has also been looked at by the major alcohol producer Diageo, which has been looking to make a move into the cannabis space for a few weeks now. Deals with the large alcohol producers have been one of the main reasons for growth over the course of the past month or two, and continue to help grow the space.

The cannabis market as a whole has been growing with a massive amount of propensity toward the future for some time now, but it looks as though the future is where the most promise lies. Only time will tell how well the market can continue to fair amidst regulation and the changing state of the industry across North America and the world. 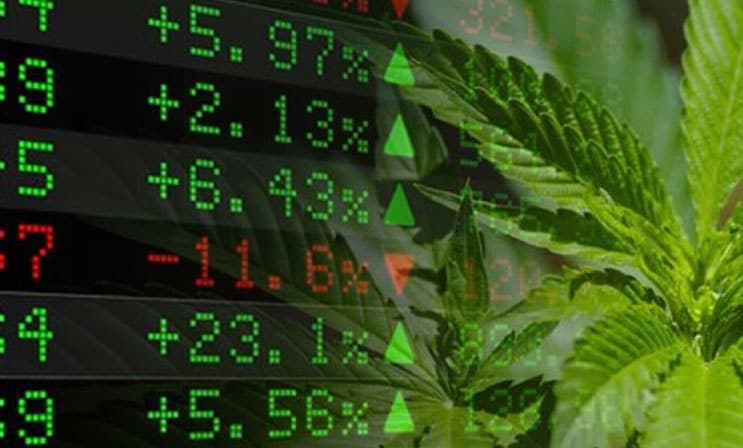