July Was a Great Month for Pot Stocks, But Can it Continue In August

So far in 2020, marijuana stocks have been on a wild trajectory. Starting out the year, things were looking quite dreary for pot stocks. Post-2019, the entire cannabis industry had seen better days. Then as COVID began to take over, things got even worse for marijuana stocks. But, as things began to settle down, mid-March came along, bringing with it great news for the cannabis industry. Since that time, major marijuana stocks to watch have come back in stronger than ever. Some pot stocks have even shot up by as much as 200% in that time period.

While this again illustrates just how volatile pot stocks are, the cannabis industry will hopefully begin to stabilize sometime soon. In the past few months, it seems as though July was the greatest proponent for pot stock growth. In that month alone, almost every major marijuana stock in the industry posted some type of stock gain. This ranged from 75% at the high end down to around 10% at the low end of the gains. Any way you look at it, July was a very solid indicator of what could be to come. For that reason, let’s take a closer look at last month and where the cannabis industry could be headed.

Although most marijuana stocks grew during July, the majority of big gainers were from the U.S. Many believe that Canada would have been the leader in this regard, but regulatory issues have halted major growth there. For that reason, the U.S. has taken over the cannabis industry in the states that allow it to be sold. Major U.S. pot stocks like Curaleaf Holdings Inc. (OTC:CURLF) and others, have continued to report record growth numbers. And although this growth may be unsustainable in the long term, things are looking quite good for now.

A lot depends on what happens in the next six months as there is a Presidential election that could change things in a big way. As we all know, legal measures in the U.S. are the largest impediment to marijuana stock growth. Because cannabis is federally illegal in America, cannabis stocks have had a hard time growing domestically. But, the end of the year could change things or at least signal the start of change.

It’s Not Just Pure-Play Marijuana Stocks That Are Growing

While we like to think that only the largest marijuana growers are showing upward momentum, the entire industry is moving forward. Many leading ancillary pot stocks to watch have shown a great deal of progress in the past few months. Because they carry exposure to the overall cannabis industry, ancillary pot stocks can grow anytime that other cannabis stocks do. 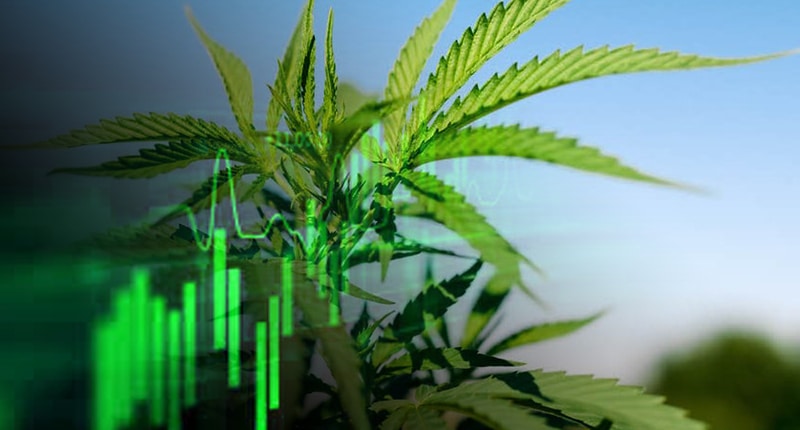 For this reason, companies that have a role in the cannabis industry outside of just growers may be worth watching. These pot stocks can be slower to grow than pure-play pot stocks, but that is not a reason to look the other way. With that in mind, investors can use the trajectory of the overall cannabis industry, to figure out whether or not certain ancillary pot stocks will grow. With that in mind, the hopes are that this positive market momentum can continue into the near future and beyond.

These Alternative Marijuana Stocks May be Winners This October   When it…

Can These Leading Pot Stocks Build More Momentum Before Next Year? 2020…

The Legalization of Marijuana in the U.S.   History is in the…