Home How Luxury Marijuana is Taking Over the Market

How Luxury Marijuana is Taking Over the Market

The marijuana market has been changing for the past several years. In that time, we have seen company values skyrocket. The amount of capital infusion has helped the industry to branch out into several different subsections. One of the most popular of these has been that of the luxury cannabis market. Luxury and high-end marijuana has become its own large part of the industry with innovation guiding the way. Some marijuana stocks to watch have gained notoriety because of this side of the market.

Currently, the Californian marijuana market is the largest in the world. The state is worth as much as $5 billion in marijuana at the current time which is quite substantial. With the laws aimed toward allowing individual areas to produce their own legislation, the market is also heavily segmented.

John Hudak, a fellow at the Brookings Institution stated that “Luxury brands and luxury products are definitely a growing part of the cannabis industry. They’re marketing to a group of people who are not traditionally seen as cannabis users, but who are willing or ready to get into the new legalization culture. They don’t necessarily want to be smoking flower. Although they may be smoking unique strains, this is a group of people who are more interested in trying newer products and newer vehicles of consumption.”

It seems as though the luxury market can be broken down into two distinct categories of buyers. The first of those is the people who wish to try the most cutting edge and innovative products in the market. These people are willing to spend the money it takes to try these unique products no matter what the cost may be.

A Cannabis Stock to Watch for the Californian Marijuana Market

Ionic Brands Corp. (IONC) (IONKF) is one of the leading cannabis stocks based out of the Western U.S. While the company is not located directly in California, a lot of their operations are in the state. The company works off of producing vaporizer products for sale in the high end and luxury markets. Additionally, they have made a series of acquisitions that have helped to bring them to the forefront of the market.

The company most recently announced that they have completed an acquisition of yet another large edible company. This company, known as Zoots Premium Cannabis Infused Edibles is a producer of high-quality marijuana products. The acquisition is worth around $11 million, but it should help them to dive deeper into the cannabis stock market. Ionic Brands definitely remains a cannabis stock to watch moving into the near future.

Moving forward, the hands of cannabis are in those who decide to push through the proper legislation. In the near future, the hopes are that new laws can continue to into place, allowing for the industry to reach its full potential. All in all, things are continuing to look up for the world of Californian cannabis and the marijuana stock market as well. 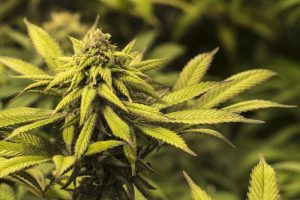 Are These Best Canadian Marijuana Stocks To Buy In 2023?