Home How Is Marijuana On The Black Market Shifting the Industry

How Is Marijuana On The Black Market Shifting the Industry

The legal marijuana market has all but taken off in the past 6 months to a year or so. In that time, the industry has completely shifted from being somewhat underground to one of the most popular markets of the modern-day. With the growth of marijuana stocks, the industry has seen a large amount of capital flood in as well. All of this adds up to one of the most promising industries moving into the near future.

One of the only issues that we have run into with legal cannabis is the curbing of the black market. Because the prices of illegal cannabis is so much cheaper than that of legal cannabis. This is due to the high amount of taxes that can depend on broad location and more specific areas. These taxes can compound as well at times leading to an almost 40% mark up on cannabis products.

What the Main Issues Are

All of the various statewide markets in the U.S. have different issues that they can run into. One of the existing issues is that there is already a massive amount of infrastructure for selling cannabis around the U.S. and the world. This means that the market is widely established by this point.

Another one of the issues is that it is difficult to solve the black market problem given the market is so segmented. Because there are no federal laws allowing the use of marijuana, states decided on their own to put in legislation. This means that each state has to fight its own battle in terms of combatting the black market. Adam Smith, a speaker from the Craft Cannabis Alliance stated that “you’re never going to eliminate the illicit market until most of the states are legal. As long as half the country still can’t get it legally, there’s a market for it legally.”

A Marijuana Stock That Could Benefit From Shifting Legal Markets

Cronos Group (NASDAQ:CRON) is considered to be one of the top marijuana stocks in the whole of the industry. This marijuana stock operates by producing both products and large quantities of cannabis. Because they are a Canadian cannabis company, they have less exposure to the issues of the U.S. marijuana market.

As we continue to traverse the future of the cannabis industry, the black market remains one of the top priorities to solve. The hopes are high that as new legislation goes into place, legal cannabis can remain supreme. All in all, the market is continuing to look like it has a lot of potential going into the future. 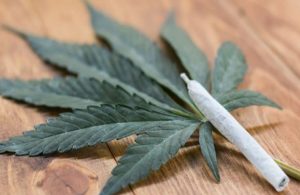 How Is Marijuana On The Black Market Shifting the Industry

Are You Watching These 2 Pot Stocks Righ Now?

To Pot Stocks For Your 2021 Watchlist

Will These Marijuana Stocks Reach New Highs In 2021? When it comes…